Live Music This December from Pia Dunne & The Eleusians 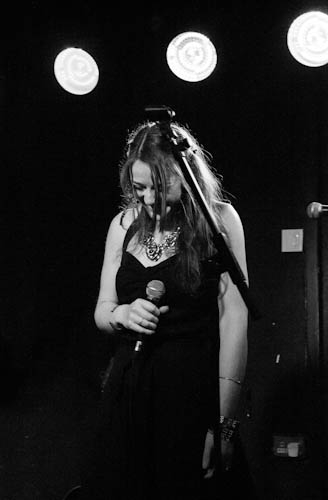 This December 21st sees Soul Diva Pia Dunne and The Eleusians return to Whelans to play a mix of old and new original soulful tunes. Support on the night comes from Singer/ Songwriter Morgan MacIntyre.

Pia Dunne has an eclectic background in music. She has been performing professionally as a singer/songwriter for over a decade. In 2010 Pia set up her solo project http://piadunne.com/  and released her Debut EP in May 2012 to much acclaim. Since then Pia Dunne and The Eleusians (feat Johnny Taylor piano, Peter Erdai bass and Matt Jacobson drums) have played to full houses in The Workman’s Club, Whelans, The Cobblestone, Sweeney Mongrel’s and Tower Records. Last year Pia was nominated for Best Female Artist, Best Unsigned Artist and Best Album and was shortlisted for Best Soul/Jazz Act in The MRU Music Awards 2012. The track Place of No Returning has also been used in the short film Lucky, released at Cannes this year and touring the American Film Festival Circuit. Pia Dunne and The Eleusians are currently filming the video for Place of No Returning and planning a national tour.

Tickets available on the door or at http://www.wavtickets.ie/