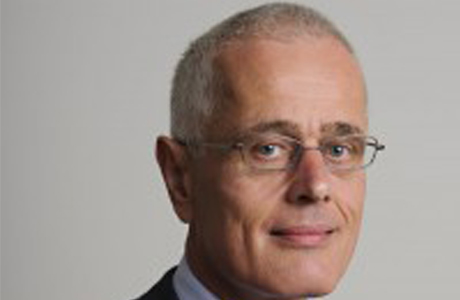 The London Irish Centre (LIC) has appointed Ian McLintock as its new Chief Executive Officer, with effect from 1 December 2015. Ian will take over from Sean Kennedy, the interim CEO and member of the Board of Trustees. The appointment has been made following a highly competitive recruitment process. 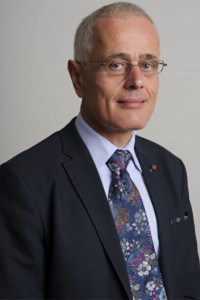 Ian joins the LIC from The Climate Group, a charity working to address climate change, where he served as International Operations Director. He has worked in senior management for over 20 years, including as a successful CEO of welfare charity Age Care for six years, and at board level for over a decade. He has worked in the not-for-profit sector in a voluntary capacity for over 30 years in a wide range of charities, including welfare, care, disability and education.

Originally from Scotland, Ian has long-standing Irish roots with family heralding from Donegal. He was appointed by the Board of Trustees by a unanimous decision.

Commenting on his appointment, Ian said:

“I am delighted to be joining the talented team at the London Irish Centre. Over the coming years, I hope to build substantially on our current work to meet the growing needs of the Irish community in London, whilst retaining the culture and identity that makes LIC the unique organisation it is today.”

Dermot Murphy, Chair of the Board of Trustees, said:

“The Board of Trustees is pleased to welcome Ian to the London Irish Centre. His appointment is based on an impressive performance record in a number of key senior management and board level leadership roles. I and the Board are confident that in Ian we have a strong CEO who will lead the London Irish Centre towards new heights.”

Ian has worked at senior management level since 1992 and board level from 1999, and holds professional qualifications in business, finance and fundraising. He joins the LIC from the Climate Group, where he has served as International Operations Director responsible for finance, governance, human resources, legal, commercial and fundraising in the UK, USA, China, Hong Kong and India. Prior to this he served in executive roles in the education sector and as Chief Executive of Age Care. He began his career in the Royal Air Force.

He has an MBA in Corporate Management from Cranfield University, professional qualifications in finance and fundraising, and a Bachelor’s degree in natural philosophy, mathematical physics, mathematics and chemistry from the University of Aberdeen.

Ian grew up in Scotland and is fourth-generation Irish, with his maternal great-grandmother heralding from Donegal.

About the London Irish Centre

The London Irish Centre (LIC) is the heart of the Irish community in London. For sixty years, the LIC has been both supporting Irish people in London and promoting Irish arts and culture.

Our welfare service is the largest for Irish people outside of Ireland. Each year we work with thousands of people to improve their housing, income, access to health, and social inclusion opportunities. This service works to meet the diverse needs of the large Irish community in London.

We also deliver a diverse programme of Irish arts, cultural and community events, which showcase the finest Irish talent to London audiences and offers a taste of home to the city’s Irish community.

Our home (‘The Centre’) in beautiful Camden Square is the oldest and largest Irish Centre in Britain. We also have satellite offices in West Kensington and Kilburn and provide outreach services to a number of other London boroughs.

‘If you’re Irish and live in London, you’d be grateful to the London Irish Centre a hundred times a day for the way they help your fellow Irish people.’ Maeve Binchy

‘The London Irish Centre embodies what Irish people do best – those that have, helping those that need. I’d encourage everyone to support their work.’ Patrick Kielty, comedian

The LIC is both a Registered Charity and an Irish community centre in Camden Square, London NW1.