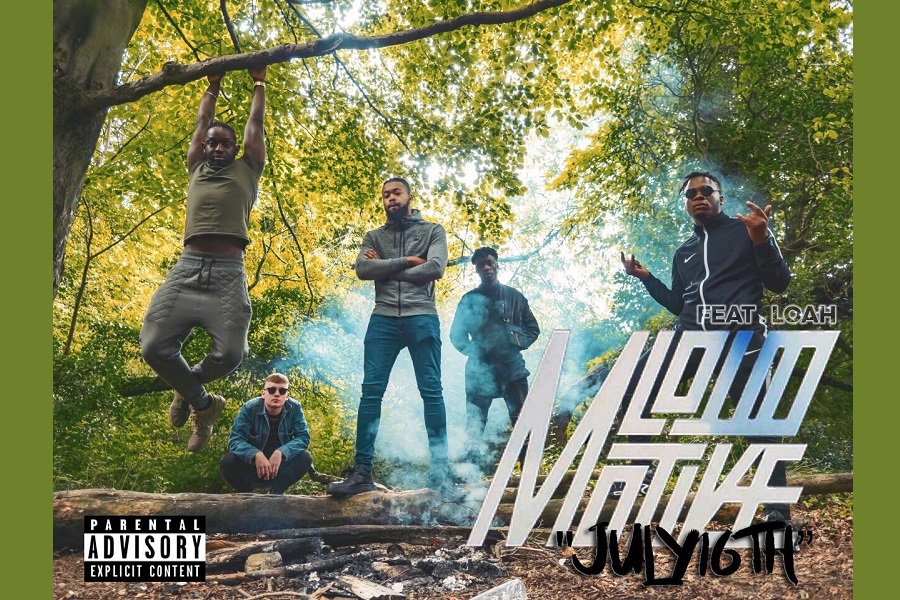 Irish Hiphop group Loud Motive have returned with the release of their new single “July 16th” featuring talented singer songwriter Sallay Matu Garnett “Loah” and co-produced by Chris Kabs and Loud Motive. Following the release of Honda Accord, the boys give us a different side to their music. With steady lyrical jabs accompanied by a smooth instrumental inviting evocative guitar strings, July 16th is reassuring us that they are more than capable of bringing something different to the table. Soothing vocals by Loah compliment the track and adds a little more to the atmosphere.

With a youthful video shot in the early stages early July directed by Stephen Beatsmith, Loud Motive have given us a vibrant piece of work. A well crafted sample of this era’s explosive scene, Loud Motive are sure to blow up in a major way.

‘July 16th’ will be available for download on all major platforms shortly.