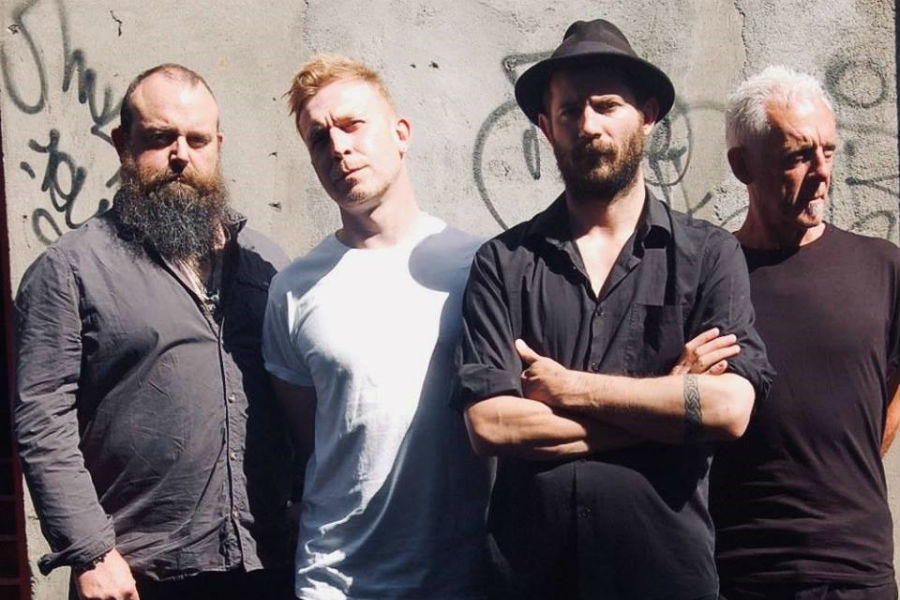 Dublin stoner rock band Lugosi announce the release of their debut album ‘Rise From The Grave’.

With influences ranging from The Misfits, Black Sabbath, Fu Manchu and Clutch, coupled with a love of the macabre, Lugosi’s original songs range in subject matter from alien vampires, American Indian legends, horror and witchcraft, a sonic Ed Wood movie, delivered in rock-n-roll.

The band had a very busy 2018 recording in Trackmix studios and palying with a variety of visiting and local bands including Swedish rockers Scumbag Millionaire, England’s Terrorsaurs and Barstool Preachers as well as fellow Irish acts The Bonnavilles, Baleful Creed, Erosion, Hooligan, XSLF and many more. 2019 will see the band touring their album as well as getting back to regular Dublin appearances in Fibbers and The Thomas House and opening the Ilfracombe Rocks 2019 metal festival in Devon.