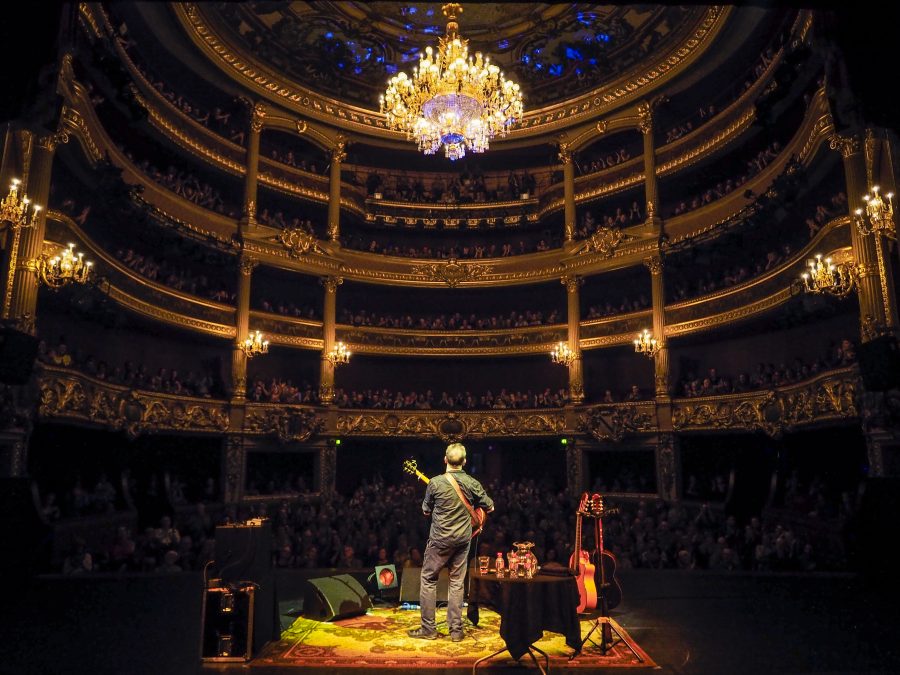 A master interpreter, Bloom has continued to balance original songs with reinventions of tunes by a diverse range of songwriters. Like many who write songs, Luka‘s orchestra of choice is the guitar. What makes his career a little different is his constant search for a new voice within the guitar. The guitar is the landscape on which the song is created, and he is forever probing that landscape for new inspiration. No effects, no gadgets. Time, effort and a whole lot of love bring forth new voicings within the instrument, and bit by bit, the songs come to life.

His new album ‘Refuge’ has just been released.

In his own words:

“Sometimes records are planned for months or even years. Sometimes records sneak up on you. Autumn\Winter 2016 the world seemed to become a loud, brutal place. People hurting from war, homelessness, climate change… People respond in different ways. I sought refuge in songs. I wrote some, I learned some and I visited some old ones.

After a few months of quiet work, I felt the need to put these songs out into the world. At first I heard choirs and strings and trumpets. In the end I decided to keep it raw, and simple.

And here it is – REFUGE. 11 songs, recorded in the amazing studio that is Lettercollum Recording Studio, with John Fitzgerald and mastered by my old friend Brian Masterson. The cover painting is called ‘At One’ – by Tim Goulding, a great Irish artist from Beara Peninsula in West Cork.”

“Luka’s latest release ‘Refuge’ is indeed that…a refuge from the noise, the anger, the confusion and the fear that surrounds us so often in this turbulent 21st century. We are treated to a rare privilege – privy to the private conversations between a voice and a guitar. An intimate performance of some new tunes and some not-so-new. .. a sublime conversation between Luka’s honey coated voice and the distinctive and beautifully recorded Lowden guitar. This IS a refuge….and a special place that I hope to visit often” Carl Corcoran Former Presenter/Curator The Blue of the Night on RTE Lyric FM