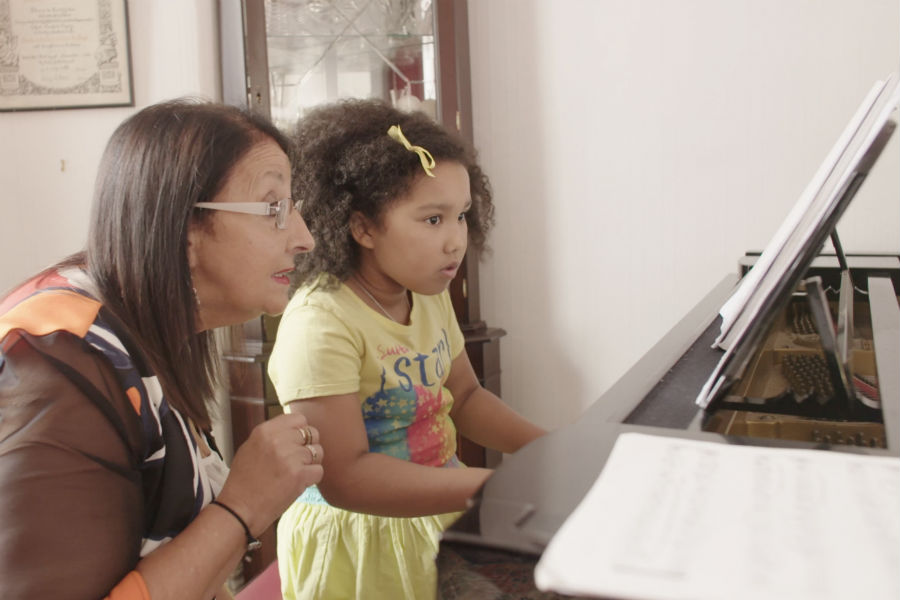 ‘Making the Grade’ invites us into the world of the piano lesson. Every year teachers and students throughout Ireland prepare for graded musical exams. These exams can be pleasing for some but daunting for others. Each student has their own goal but reaching Grade Eight is considered a pinnacle. This endearing and uplifting documentary explores the bond between piano teachers and their pupils as they struggle through these grades. This is a story of the transformative power of music and the pride and happiness it provides both the students and teachers. It may inspire us all to keep making the grade.

The filmmakers travelled the length and breadth of the country to film with teachers and their students as they prepared for their piano grade exams. The film features characters from as far afield as Kylemore Abbey in the West, to Derry City in the North and down to Crosshaven, Cork in the South.

A limited number of tickets are available to IMRO members to attend the premiere of ‘Making the Grade’ in the Light House Cinema on Thursday 5th April at 6.30pm, followed by a drinks reception. To be included in the draw please email ei.ormi@stneve with “Making the Grade” in the subject line.