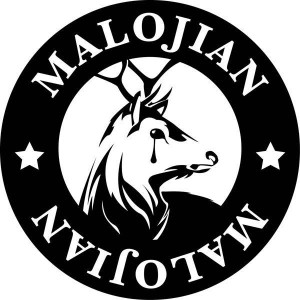 Belfast based wordsmith, Malojian, announce the release of his new album ‘Southlands’ on May 18th. The highly acclaimed artist has received support throughout Ireland and the UK, securing airplay nationally and recording a session with BBC Radio 2. The first single, ‘Communion Girls’ is the perfect introduction to the album sound and gives a little taste of what you can expect from this release.

Stevie Scullion (Malojian) said, “I didn’t really intend to start another album so soon after my debut, The Deer’s Cry. I had been writing a lot of new songs and wanted to demo them, so I asked Michael Mormecha (drums) if he fancied helping out. We started with Communion Girls at Mikey’s studio (Millbank). I knew straight away that I wanted to record the whole album there.

Millbank itself is really interesting. There’s a lot of history about the place. It’s still a working farm so there’d be all sorts of stuff going on that you wouldn’t get in a conventional recording studio. The whole process & environment kept making me think of Dylan and The Band at Big Pink. Very chilled out & a lot of fun. Rural & real.

We recorded loads of stuff, always trying to capture a live performance as the foundation and then building from there. We actually had an album after 10 days, however things started to take off a bit with The Deer’s Cry so suddenly we were touring more than usual – and Southlands got put on hold.
Every time we came back to finish it, I had new songs – I was dealing with a lot of personal stuff (illness, death, the birth of my son) – and I think it’s all there in the songs. What I’ve ended up with sounds like a proper band record – rather than just a singer songwriter with some session guys.

The album was mixed at the end of 2014, in a small cottage overlooking the Atlantic Ocean, in a remote part of County Donegal. No phones. No internet. Just peace and quiet and nature. It felt like the perfect way to wrap up the album.”

More information can be found at; www.malojian.com