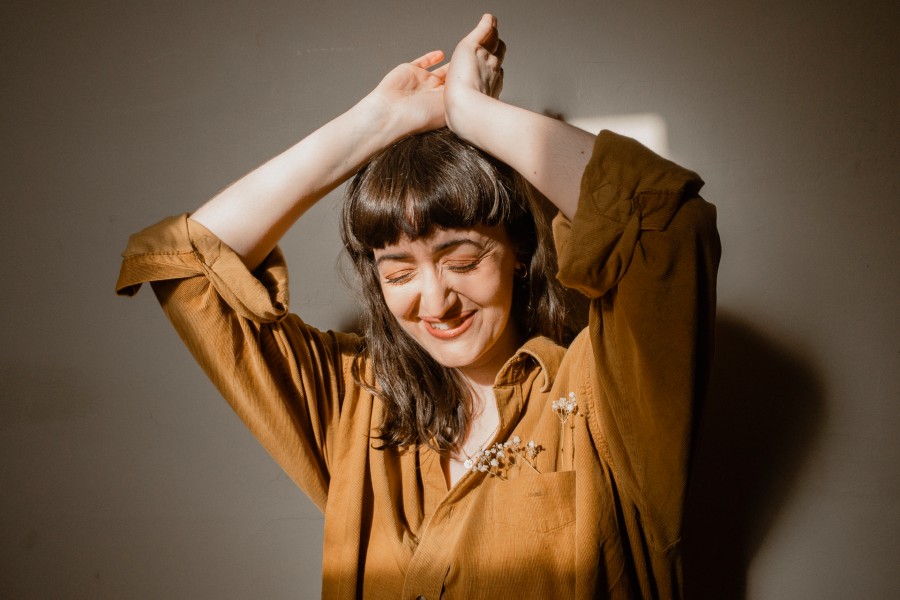 On the day that the pandemic first made headline news in Ireland, Maria Kelly received a voice note from her friend Martha: “It might be the end of the world but, like, it’s fine.”

To Maria, who had just moved back from Berlin to her native Ireland, it was a sentiment that was the perfect addition to a song she’d just finished. So much so that ‘Martha’ became the namesake of the first single Maria will release in over a year, due out on Wednesday 7th April via VETA Music.

“I wrote the song just after I returned from Berlin and was taking stock of just how much had changed in my life throughout my early 20s. Here I was, having just had this really formative experience, disillusioned and directionless again. Not only that, but I was no longer the version of myself that had left Ireland – and not quite who I wanted to be yet either – just stuck in this floaty, in-between with a version of myself that I wasn’t quite used to yet,” says Maria of the new single.

“The voice note Martha sent me felt like the perfect addition to the song, and it also gave me a chance to laugh at the fact that we have very little control over things we try so hard to control. This past year has felt like one big ‘in-between’ that we’re all trying to muddle our way through, so ‘Martha’ is about dealing with change and all that comes with it; regret, nostalgia, uncertainty, fear – but also acceptance and lightheartedness,” she continues.

Maria Kelly’s world of delicately woven alt-folk is laced with a sincerity that cuts to the bone. Finding comfort in the confessional styles of artists like Regina Spektor, Daughter, and Lucy Rose, she soon transferred her own introspections to music, developing a sound that is as delicate as it is disarmingly frank.

A number of critically acclaimed releases on Veta Records have been accompanied by shows across Europe supporting the likes of James Vincent McMorrow, KT Tunstall, and Paul Noonan (Bell X1). Maria quickly became known for her heart-wrenching live performances, unassuming humour, and a ‘pin-drop’ vocal that is impossible to ignore. Maria’s work has continued to gain momentum internationally, rallying support from Mahogany, Consequence of Sound, and The Line Of Best Fit along the way.

After laying a foundation in the Irish music scene, Maria relocated to Berlin in 2018, a life-changing move that inspired her four-track EP, ‘notes to self’. Her stint in Germany saw her join All The Luck In The World on a month-long European tour, followed by her debut TV appearance on Other Voices Ballina. Maria finished up the year with two sold-out shows supporting Villagers.

2019 saw the release of ‘i leave early’ – a captivating track that showcases Maria’s continued development as an artist and one which quickly garnered more than a million streams on Spotify.

With the world at a standstill, 2020 saw Maria retreating to a small cottage on the south coast of Ireland. During this quiet in-between, Maria has found space to write and record her eagerly anticipated debut album – a blank canvas and an open sea with which to take stock and reflect on her 20s so far. Produced remotely by Matt Harris, the first single ‘Martha’, is set for release on Wednesday 7th April.