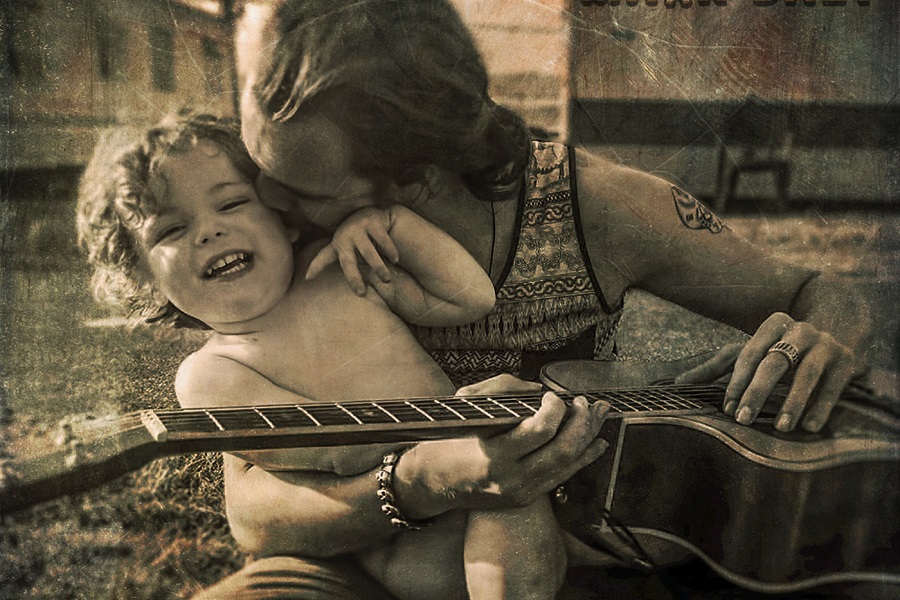 Mark Daly is set to release a brand new charity single on 27th April titled “Your World” with all proceeds going to ‘Brothers of Charity’ as part of Autism Awareness Month. The song, inspired by Mark’s three year old son, will be launched at a charity night on 29th April in The White Horse Ballincollig. Tickets for the show priced €15 are available now from www.markdalyofficial.com

Rock vocalist, Mark Daly, hails from Cork, Ireland. An established singer/songwriter, Mark has worked with some of the best in the business; including American super group, Operation: Mindcrime. The group, which is led by vocalist Geoff Tate (formerly of Queensryche), who has sold over 25 million records and has secured a Grammy nomination as well as participating in an abundance of world tours. Other band members of Operation: Mindcrime include the likes of musicians from bands Disturbed, Ozzy Osbourne, Whitesnake and AC/DC.

In 2010, whilst living in Spain, Mark formed the critically acclaimed rock group, The Voodoos. The band went on to perform all over Europe (including the 2011 MTV EMAs) before venturing to the US to record their self-titled album in Seattle, Washington. Kelly Gray producer of Candlebox and Queensryche records produced the album. The album sold thousands of copies across Northern America, gaining a plethora of fans as they toured in 2012 and 2013. In 2014, the band’s progress went into hiatus due to an issue with the record label they signed with the previous year.

In 2015, the Cork man was approached to work on a trilogy concept album with Operation: Mindcrime after striking up a good working relationship with lead vocalist, Geoff Tate. Geoff also featured on The Voodoos track, ‘Facing my Demons’. In September 2015, the first instalment of the trilogy album entitled ‘The Key’ was released. The project was praised with most appreciable reviews and featured Mark’s stellar vocals on the track ‘Life or Death?’ Part two of the trilogy album, ‘Resurrection’ was released September 2016 and features three tracks from Daly; including ‘Healing My Wounds’, ‘The Fight’ and ‘Invincible’.

The future is bright for Mark who recently released his debut solo EP ‘The Hearts Reminder’ (released on Nov 25th 2016) along with a powerful music video for the debut track also titled ‘The Hearts Reminder’ it generated 50,000 views on Facebook in its first week along with flying up to Number 2 in the Irish Rock downloads chart. Channelling influences from the likes of Counting Crows, Chris Cornell, Pearl Jam & Blue October, Daly brings some fresh & current mainstream rock to the table here.

After the successful release of ‘The Hearts Reminder’ Mark returned to the studio working with producer Christian Best on a brand new charity single titled ‘Your World’ that was written about Mark’s Three year old son who has Autism, all proceeds of the track will be going to ‘Brothers of Charity’ who worked closely with Mark’s son & family that will be released April 27th as part of Autism Awareness Month. 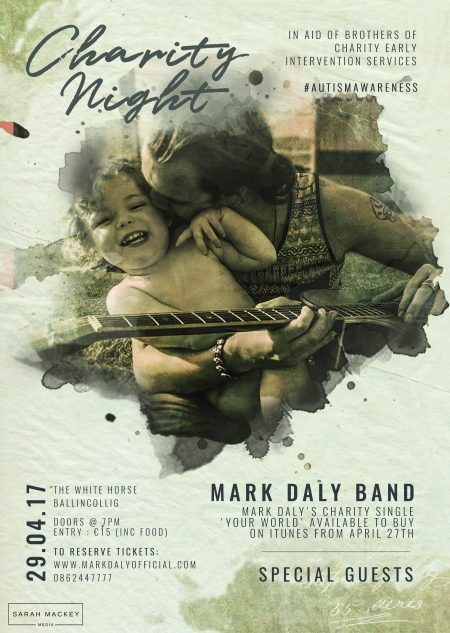