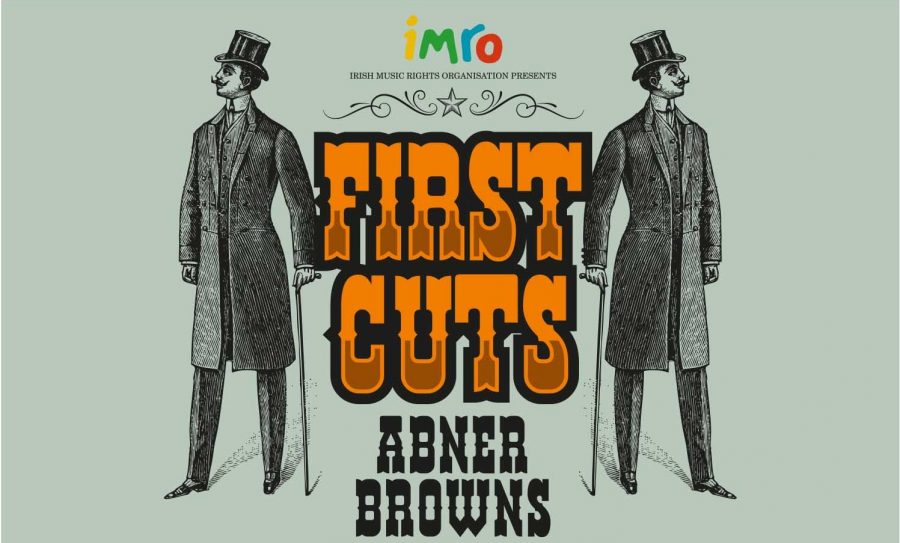 Mark Geary and Farah Elle have just been announced to perform at the next IMRO First Cuts Showcases at Abner Brown’s. The April edition of the new monthly showcase, will take place on Thursday 6th April at 8.00pm. Admission is FREE but due to limited capacity booking is essential: email ei.ormi@stneve To guarantee entry those on guestlist must arrive by 8.15pm.

IMRO First Cuts Showcases at Abner Brown’s feature the best up and coming as well as established Irish acts. In the intimate setting performers are given the opportunity to debut new tracks along with their current material. Performance highlights and interviews with all acts who perform are later streamed online at www.IMRO.ie and across IMRO’s social media channels. The first showcase featured Marc O’Reilly and Ailbhe Reddy.

Described as a “quintessential singer-songwriter”, Dublin-native Mark Geary is a celebrated musician who began his career over 20 years ago and has gone on to tour all over Europe, the US and Australia, and has shared the stage with performers such as The Swell Season, Glen Hansard, The Frames, Josh Ritter, Bell X1, Coldplay, Elvis Costello, The Pretenders and Joe Strummer.  In recent years, he has played shows and festivals in both the US and across Europe notably in Switzerland, Austria and Germany, including a headline spot on the critically acclaimed Songs from Ireland: Old and New tour. He also supported Glen Hansard on several of his European dates in 2015 and 2016. With his 5th studio album now mixed and mastered, 2017 sees Mark road-testing the songs from the new album which will be released later this year.

Farah El Neihum, otherwise known as ‘Farah Elle’; is a songwriter with an alternative pop sound influenced by an eclectic taste of genres; from hiphop to R&B and ska, while featuring Arabian echoes from her Libyan background. She is currently based in Dublin, having moved to Ireland with her family when she was 2. Her rhythmic lyrics, piano driven songs and distinctive voice aim to reveal something of the beauty in the ephemeral everyday. She is currently writing her debut album at home, and collaborating with different artists and producers – For the meantime, her single “Silk” is available on Spotify, iTunes & Soundcloud – as well as “Feel It Out” a collaboration track with BANTUM, lyrics and melody written by Farah Elle.

Tickets for IMRO First Cuts at Abner Brown’s are FREE but due to limited capacity booking is essential. To reserve tickets please email ei.ormi@stneve 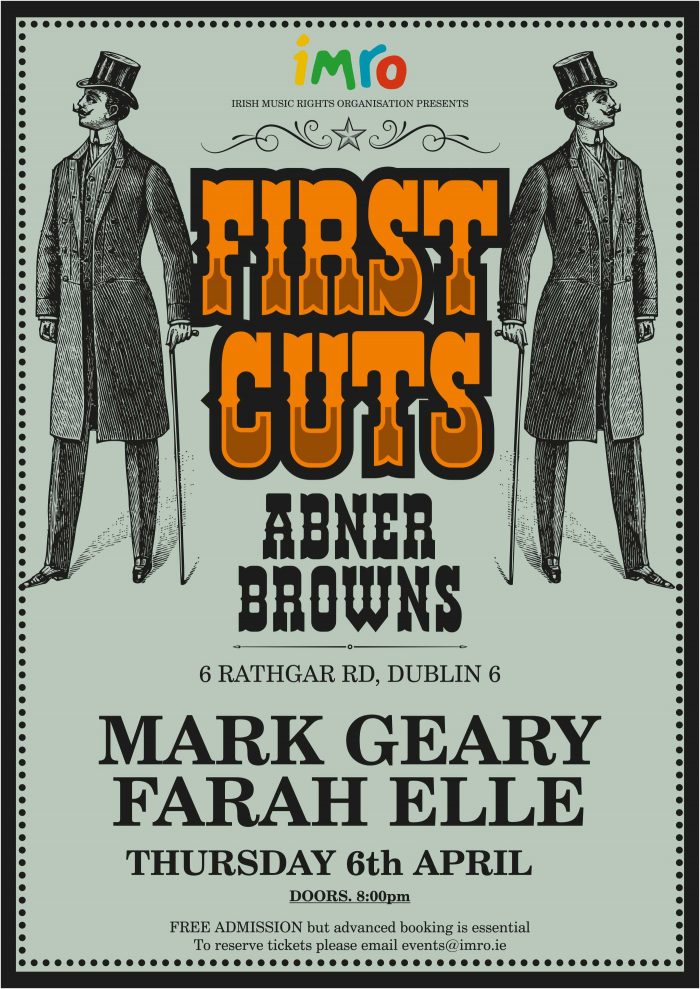