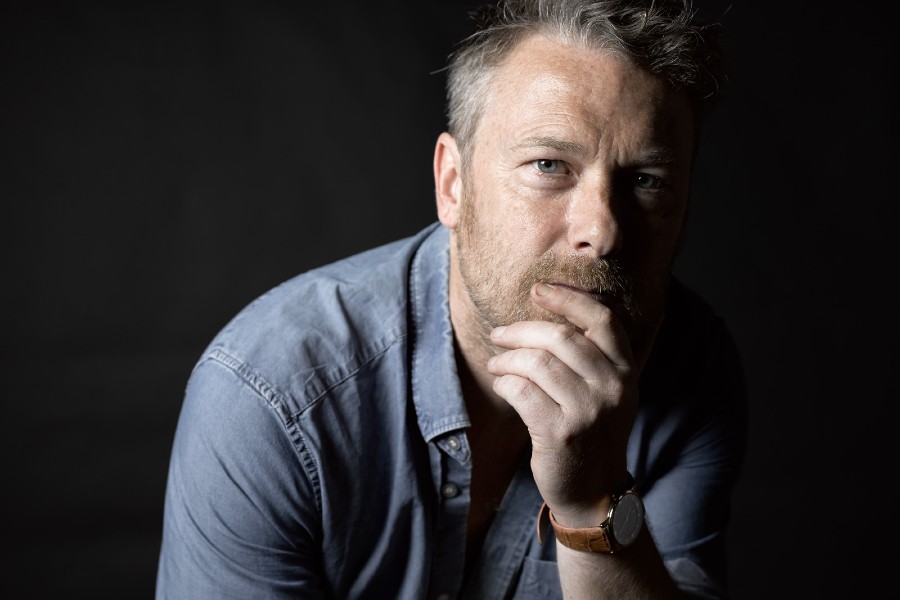 The song is a follow-up to ‘The Forest’, which was  recorded and released in May, setting a new path for Mark’s writing style. Like its predecessor, ‘Spectre’ was written and recorded at Mark’s home in a forest in Co. Kildare during a time that has become something of a renaissance period in his songwriting.

“I have been in true lockdown since March. I haven’t left Celbridge apart from when I had to get the surgery done,” says Mark Geary, referring to the recent surgery he had on his hand in order to fix a ‘trigger finger’ injury he sustained as a result of guitar-playing.

“So in an almost olde-timey way,  I’ve found myself here, in the forest, chopping wood in the morning for the wood-burning stove and picking up guitars and tinkering on the piano for the rest of the day. It feels very ‘back to basics’ – almost medieval,” says Mark.

“Also what was happening, is that I was going online – Facebook, Instagram – and doing live shows with this huge audience. Views of 10,000 people after a weekend of posting, which is extraordinary. And I started to get braver. I’d post songs I was working on, instead of just performing songs that I’d completed. So that access you have to your audience, as well as the access they have to you if you allow it, is something I found incredibly encouraging and beneficial. These live shows were just like a jolt of electricity. And then you press stop – and the cottage goes back to complete silence. And then what do I have? Well, I have these songs I’ve been working on during a time of intense, unbroken reflection… I’m just so immersed in the creativity of what it is that I do,” he says.

Speaking about this new song, Mark says: “I’m writing and singing differently to my other songs. ‘Spectre’ is a haunting song to me. It comes from a place of understanding and forgiveness. It’s about loss, grief, desire – ancient stuff. I have benefitted from living in the forest, surrounded by nature.”

Mark has long been known for his reflective, searingly honest, autobiographical songwriting style, which over the years has earned him comparisons to some of the world’s greatest songwriters, with Time Out New York commenting that “his delicate songs about love and defiance recall Richard Thompson and John Lennon.”

‘Spectre’ by Mark Geary is out on Friday 11th December on sonaBLAST! Records.