Mary Black-‘Marguerite and the Gambler’ 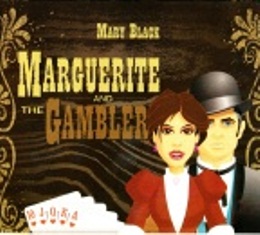 For over a quarter-century, singer Mary Black has been a dominant presence in Irish music, both at home and abroad. She has shared stages, tv shows and recording studios with some of the most revered performers of her time. She has also played a frontline role in bringing Irish music, past and present, to an increasingly appreciative and ever-growing global audience. The San Francisco Chronicle once described her as "One of the best interpretative singers around".

Known for her commitment to original material by Irish songwriters and her unique interpretations of the songs she chooses, Mary has released 11 studio albums all of which achieved platinum sales status and spawned countless hits. Indeed, one of Mary’s albums – No Frontiers – spent more than a year in the Irish Top 30!
To the acclaim and awards Mary has received over the years from both the public and the critics must also be added the esteem she has generated from her fellow artists. Indeed, many of them have recorded and performed live with her, including Emmylou Harris, Mary Chapin Carpenter, Joan Baez and Van Morrison, not to mention a host of Irish traditional musicians and singers. Along the way she has also recorded and performed with her siblings in The Black Family and with her highly successful sister Frances.

2008 marked the 25th anniversary of Mary's first solo album, and to celebrate the momentous occasion Mary released a special compilation double album 25 Years/25 Songs. It featured a personal, hand-picked selection of gems spanning Mary's career and it still serves as a testament to the extraordinary range and quality of both her vocal prowess and her astute song selection. Mary recorded two brand new songs for the project, and the album went straight to No. 1 in the Irish charts, where it remained for a staggering five weeks, spending over seven months in the Irish top 40!

In an industry noted for its fickleness and its almost insatiable need for fresh novelties, Mary Black’s enduring successes have proven that her depth of talent and her love of singing transcend the generations, as well as national and musical boundaries too. She is indeed a real Irish treasure and her talent a gift from this small island to a grateful world.