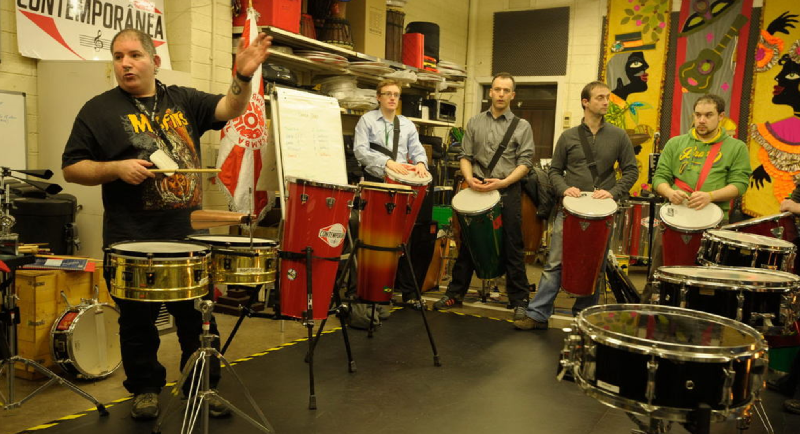 Masamba Samba School is a community music collective, which has operated in Dublin since 1994.

While the performance side of Masamba is loud, colourful and well-documented, the organisation’s work in the community is less well known.

“We deliver over 400 music workshops each year, mainly with children in disadvantaged communities, but due to child protection and GDPR issues, we rarely have an opportunity to document this work”, reports Masamba’s Manager, Simeon Smith

Towards the end of 2019, Masamba teamed up with long-time collaborators Champlain College, to host  film student Connor Rousseau. Connor engaged in the project of documenting Masamba’s work enthusiastically, visiting every aspect of the group’s work, and shooting many hours of video footage.

This week, the first product of this partnership is being released. Entitled ‘A Young Heart Sings to the Beat of a Drum’, this short documentary details Masamba’s work in the community, with a specific focus on one of their long-term projects with St. James’s Primary School, in Basin View, Dublin 8.

‘A Young Heart Sings to the Beat of a Drum’ is a sensitive and thought-provoking insight into an innovative music project, taking place in the shadow of the famous Guinness Storehouse.