Megan O’Neill’s ‘Getting Comfortable With Uncertainty’ Out Now 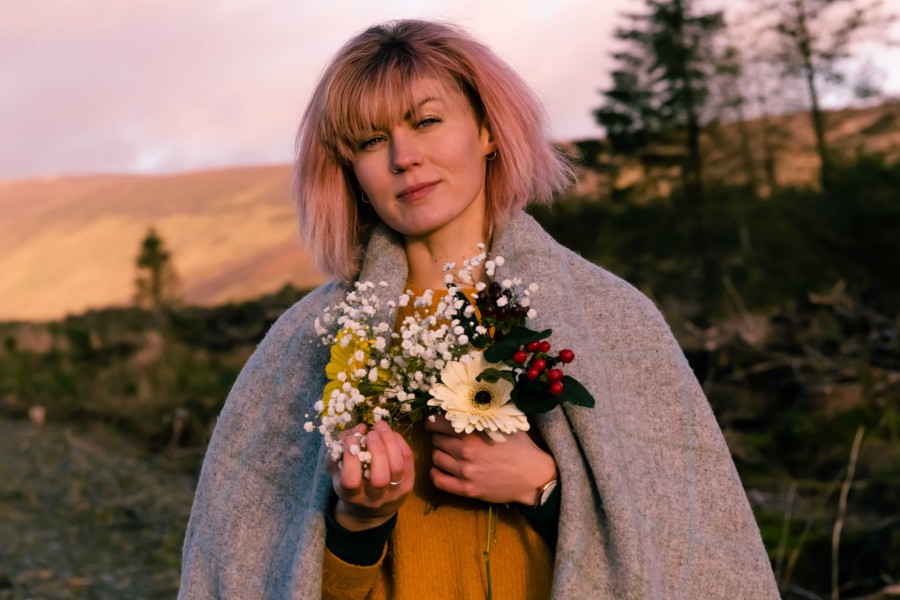 Kildare singer-songwriter Megan O’Neill celebrates the her second full length studio album, ‘Getting Comfortable With Uncertainty’ out now. This much anticipated album follows her LP ‘Ghost of You’ (June 2018) which hit #1 on the iTunes singer/songwriter charts in the UK and Ireland.

‘Getting Comfortable With Uncertainty’ consists of 13 songs – 12 originals and one cover. It is mostly autobiographical, yet the songs touch on range of universal topics – struggles with career, fear of change, moving to a new city or away from somewhere you love, unhealthy relationships. The songs vary from intimate and vulnerable (‘Head Under Water’, ‘Winter Sun’, ‘Strangers Before We Met’) to confident and resilient (‘Underrated’, ‘Should’ve Known Better’) to lonely and wistful (‘Ireland’).

“This album was much more personal for me than any of my previous releases. I suppose I’m that bit older (and none the wiser!) – I feel that the more I learn about life the less I actually know about anything. That is where the title came from – ‘Getting Comfortable With Uncertainty’. I’ve had a lot of change in my life in the past two years and I’ve felt pretty battered by the whole process to be honest. But I do believe that all those tough times bring about growth – in a way that contentment and comfort never will. So I’m learning to just get comfortable with the uncertainty of life – it’s always going to change.” Megan says.

The recording process began in October 2018 in Leeds, UK, with Joe and Dave Dunwell whilst Megan was living in London. Megan had been working with The Dunwells for a few years previous and found a great creative chemistry there, whenever they wrote together or played music together.

“Writing and recording these songs was so cathartic. Joe and Dave were amazing and really pushed me outside my comfort zone when we were in the studio. We threw around ideas and they were always up for trying anything and everything, which really allowed me the creative freedom to explore. I couldn’t have made this record with anyone else.”

‘Getting Comfortable With Uncertainty’ blends elements of Irish folk story-telling (especially heard on the track ‘Ireland‘) with modern pop and alt-rock influences. Throughout the record, you’ll hear that the stories are the focus. The vocal melodies and lyrics take centre stage and the Dunwells provide beautiful, warm and soaring backing vocals throughout – creating an amazing sibling harmony blend.

Deemed a “rising star” by uDiscover and Timeout Magazine London, Megan’s new album has already received huge attention in the sync world, with one track featured in the opening scenes of a new major Netflix series, ‘Firefly Lane’, which aired March 2021. She also performed it live on RTÉ’s Late Late Show: https://www.youtube.com/watch?v=oHvmfj51CQE

To date Megan has toured the UK, Ireland, US and Germany. She has performed at private Oscars’ parties in LA alongside Gavin James (on invite from JJ Abrams) and has had her song ‘Don’t You’ featured on ABC’s hit TV Show ‘Nashville’ (Season 3). In 2019 Megan opened three stadium shows for the legendary Sir Tom Jones. In the first few months of 2020, Megan opened for Lighthouse Family at the Olympia Theatre, Dublin, and Jamie Cullum at the Bord Gáis Energy Theatre.

Prior to her album ‘Ghost Of You’; Megan released two EP’s: ‘Coming Home’ (2015) – produced by Philip Magee (The Script, Kodaline) and ‘Stories to Tell’ (2017) – produced by Guy Fletcher (Dire Straits, Mark Knopfler). She also released a single under Decca Records in collaboration with Ben Earle (The Shires) – ‘Can’t Put a Price on That’ (2016).

Live performances include main stage at the British Country Music Festival, C2C Festival, Body & Soul, Liverpool Folk Fest, The Long Road Festival, Nashville Meets London and much, much more! In early 2020, Megan finished work on a new project with Universal Music – performing as the lead female for a full compilation album. The project is set for a 100+ date tour across 2021 and 2022.

Megan O’Neill’s new album ‘Getting Comfortable With Uncertainty’ is out now. The album is available to buy on CD or digital, or stream on all digital platforms here: https://linktr.ee/meganoneill