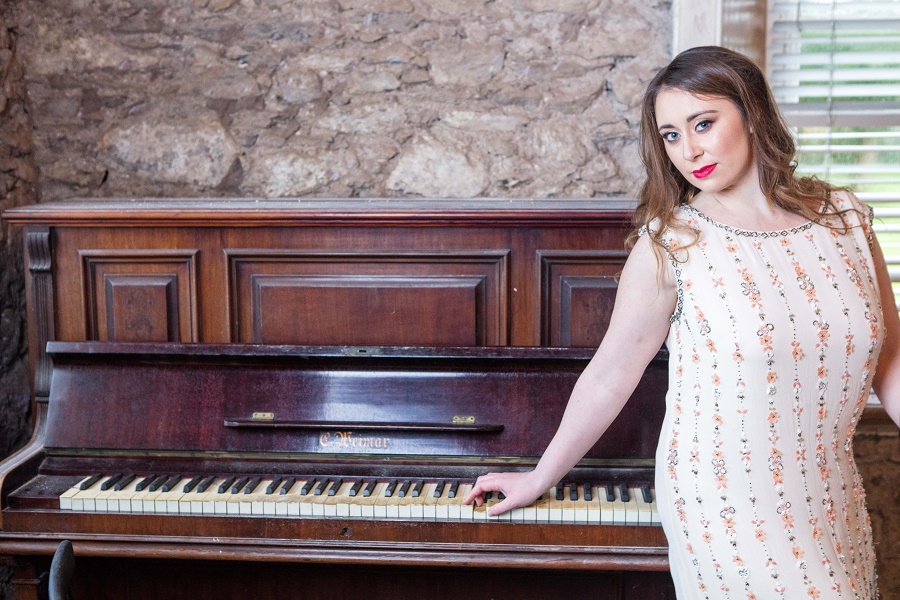 Meghan Ali, a songstress from Cork City describes her music as “…a recipe made with a dab of Blues, Folk, Jazz and Pop, hence the flavoured taste.”

Meghan Ali was delighted to work with Billy Farrell (4 times platinum producer for The Corrs/ Ryan Sheridan’s hit ‘Jigsaw’) to produce ‘Men Men Men’. Recorded between Nashville & Dublin,’Men Men Men’ has the perfect blend of both.

The song tells one woman’s frustration at falling for a man who ultimately sees her as just another name in his black book. It explores the notion that women often jokingly confide that sometimes it would be easier to be a lesbian because men make things so difficult. That aside, the song is still true to the sultry, sexy and tempestuous relationship between man and woman. Set in the 1950’s, the music video, directed by Ovie, captures the love, lust, lies and loss centred around the 3 main characters.

From a young age, once guitar was in hand and the first strings were plucked, melodies and concepts came naturally to Meghan Ali. Reluctant to be defined by a specific genre, she instead concentrates on crafting her songs around people, places and life experiences thus allowing the listener to easily identify with her lyrics. Although the penmanship may set the scene, Meghan Ali always begins with the melody, describing it as the “seed from which the plant grows”, hence the mighty respectful nod to both guitar & penmanship in her logo.

As a complete aside: Meghan is an Earth & Environmental Scientist which may explain the organic flavour to her quotes! She hates early mornings, the Irish weather and being cold- loves the ocean, swimming in the sea and generally being outside. Her ideal home would be a luxury tree house in a hot country. Until then she is saving to buy planks of wood for the Oak tree in the back garden…