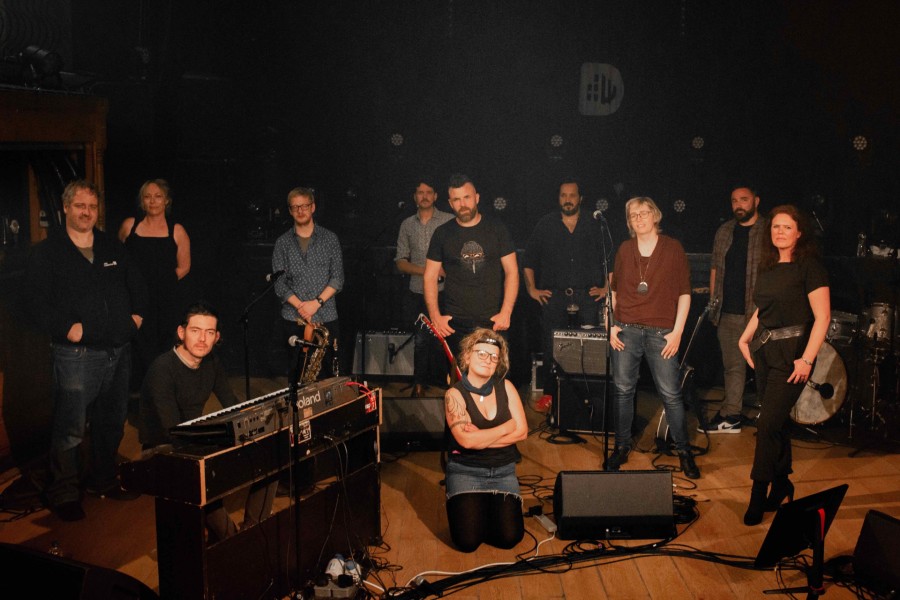 Cork singer songwriter Mick Flannery has secured his fifth Top 5 album with his new live record ‘Alive – Cork Opera House 2019’, coming in at Number 3 on the Official Album Charts this week, and is also this week’s best-seller on physical formats, landing it at No 1 position on the Independent Charts. The album is a fully independent release, with all proceeds being distributed to Mick’s band and crew.

Mick says: “Thank you to everyone who picked up a copy of this in whichever way. It’s much appreciated”

Ray O’Brien, owner of Music Zone Cork said: “We are really delighted to be stockists of Mick Flannery’s Alive album, helping Mick shine a light on the plight of musicians and crews and all affected in this special sector… People of Cork and Ireland really responded as we sold a load of it!”

Also included in the profit share are Mick’s engineers, who work tirelessly behind the scenes, Chloe Nagle, John Fitzgerald, and Sandra O’Mahony.

Christian Best (Drummer and long-time collaborator and producer) says: “It’s a well-deserved piece of positivity in a fairly bleak landscape of the current music scene, It is an honour to be a part of it.’

The 17-track live album, recorded in front of a sold-out audience in 2019, features stand out songs ‘There Must Be More’ and ‘In the Gutter’, and witty interludes ‘Brad Pitt from the Neck Down’ and ‘Dead Thing Missing’, written by Mick’s friend Andrew House for their “Side Project” Christy Skulls.

Mick is currently back in the studio with SON (aka Susan O’Neill), laying down tracks for a full album of duets.  Since the release of their song ‘Baby Talk’ in February this year, they’ve been working on a full collection of songs. This record will be out later in 2021.

The pair recently performed on Other Voice’s ‘Courage’ series, live from the Crawford Gallery, Cork. The performance will air on RTÉ 2 this Thursday, 6th August.