‘Minnesota’ – a Duet from Mick Flannery and Anaïs Mitchell 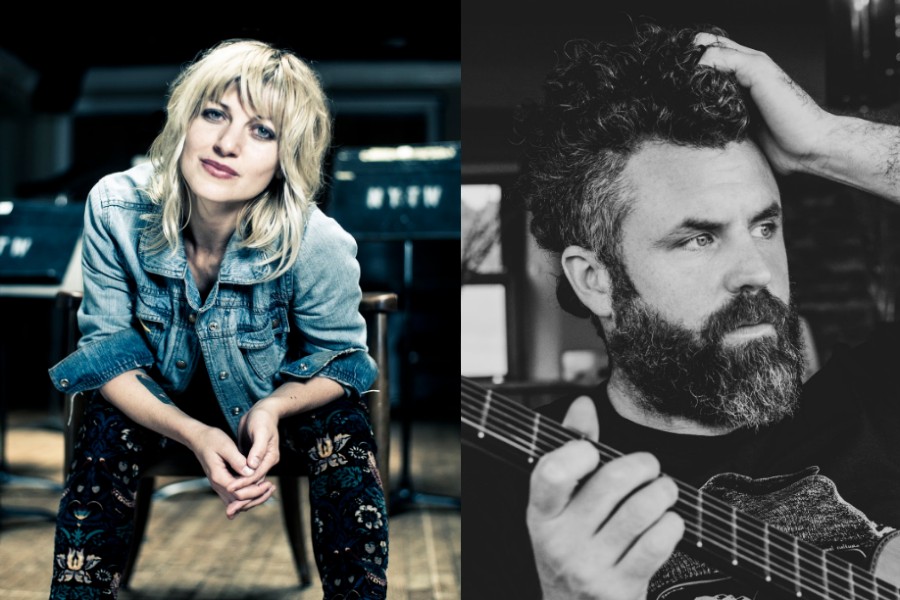 Having met in New York a few years ago, ‘Minnesota’ marks the first official collaboration between the highly acclaimed Irish artist Mick Flannery, and Anaïs Mitchell, who was recently voted one of TIME Magazine’s 100 Most Influential People.

Flannery wrote the song during lockdown at home in County Clare, in reaction to the American news that has been making its way across the pond, to worldwide attention.

Anaïs takes the lead vocal throughout the duet, a bare-boned piano ballad, which is focused on the complex relationship between a woman – an American citizen, and her own country at a point of real disillusionment with the personality of her state.

As a songwriter, one of Flannery’s greatest gifts is to create characters and perspectives which are both familiar and distant to the listener, in the same moment. As the United States faces what feels like the most divisive Presidential election in over a hundred years, it should come as no surprise that Flannery has cast a cold eye on that schismatic environment. What he reveals, with great empathy, is the complicated connection between a person’s humanity and their pride.

Mitchell’s delicate delivery provides the concerned voice of a character who is both anxious yet primarily optimistic. “My hopes for you, are my hopes for me. My dreams for you, are my dreams for me” the pair harmonize on the choruses. Wrapped up within this one person’s ambitions and expectations for their small corner of the world, in this case, the state of Minnesota is both the global malaise to the theatre that is American politics in 2020, but also the real hope that change is just around the corner.

“Since I can remember, news of America has been talked about in Ireland. There is a storied connection between the two nations. In 2018 I wrote a song called ‘Rosaleen’, a song to Ireland, in which I tried to make sense of a person’s relationship to the state in which they live. The song ‘Minnesota’ has a similar theme, inspired by what, in the news at least, appears to be an ever more fractured and polarised American society.

It is written from a female perspective, which is one reason I asked Anaïs Mitchell to sing the song, aside from the fact that I’ve been a fan of Anaïs’ work for many years now. She being an American citizen also gives her voice better authority than mine.

I wondered what it must be like for someone who grew up in the U.S. to see the ever-changing face of the nation, as the generations passed, as attitudes progressed and changed, as troubles old and new emerged and re-emerged. A nation being composed of individuals in relationship to each other is what I wanted to evoke, so the narrator refers to the state itself as a ‘Mother’ and later a ‘Daughter’, and thus takes on the hopes and dreams of this complex character.”

Anaïs jumped at the opportunity when Mick asked her to collaborate on ‘Minnesota,’ a song overtly topical and universally poignant. She says:

“The Irish songwriter Mick Flannery is one of my very favorite writers in the world. I would sing any song he asked, but was especially moved to sing ‘Minnesota’. I just gave birth to my second child and I connect deeply with that watershed feeling of going from daughter to mother. Part of it is the realization that no one else is going to fix things for us; the trouble, the mess, the responsibility is ours. America is “a growing child”. Everybody please vote!”

The song will be released on October 28th, 2020 with all funds being donated to the Fair Fight Association https://smarturl.it/minnesotamickanais

When Anaïs suggested that funds go to the Fair Fight association,Mick noted that “it felt very fitting. If a nation committed to democracy is indeed to reflect the voice of its citizens then it ought to do so to the very best of its ability.”

He added: “I am very grateful to all involved in the making of this recording, special thanks to Anaïs and to Christian Best.“

They promote fair elections in Georgia and around the country, encourage voter participation in elections, and educate voters about elections and their voting rights. Fair Fight brings awareness to the public on election reform, advocates for election reform at all levels, and engages in other voter education programs and communications. www.fairfight.com