modernlove. Release ‘Hard To Tell You’ 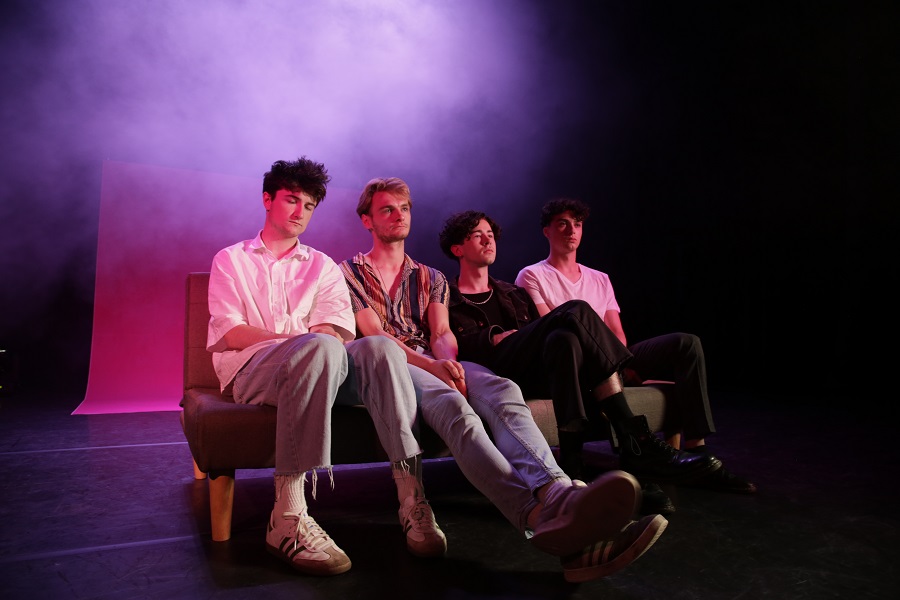 Named after Bowie’s ‘80s classic, Drogheda’s modernlove. have rapidly become one of indie-pop’s brightest and most talked about new bands. 2019 saw the release of singles ‘Bop’ and ‘Liquorice’ and with streaming figures over the 300K mark on Spotify they’ve been featured on editorial playlists such as New Music Friday UK, Fresh Finds and The Pop List. ‘Bop’ was also featured in a recent episode of the Channel 4 series ‘Made in Chelsea’ and both releases picked up national radio support in the UK and Ireland including ‘Play Irish Artist of The Week’ by Ed Smith on Today FM, Track Of The Week on XS Manchester, radio premieres on 2FM and spins on BBC Ulster, and Radio X

Hotly tipped as one of the acts to watch for 2019 by HotPress, modernlove. are the winners of last years “Road to the Main Stage” by Firestone Live in conjunction with Vantastival. ‘Liquorice’ was featured in the Top 50 Songs of 2019 by The Last Mixed Tape and they’ve been announced at Ones To Watch in 2020 by XS Manchester

The band are making a name for themselves for crafting some seriously catchy upbeat indie & alt-pop anthems. Known for their dazzling live performances and polished vibrant recordings, international recognition is certain to arrive soon for modernlove.

modernlove. have caught the attention of many in the industry, including Paul Buck at Paradigm, who has been confirmed as their live agent. His roster includes The Vaccines, Everything Everything, Daughter, Khruangbin among others.

With a recent support slots for Good Cop Bad Cop (Arctic Monkeys’ Matt Helders new band) Larkins, and Judah and The Lion under their belt, modernlove. headline The Soundhouse, Dublin on February 21st.

‘Hard To Tell You’ is a song about finding it hard to express your emotions to others and communicate, even with the people closest to you. It is about feeling so far away from the person you are meant to be with intimately, and how that distance can cause a relationship to decay. This melancholic narrative is juxtaposed with a sonically upbeat and euphoric atmosphere created by catchy pop guitar hooks, bold bass lines and thundering dance drumbeats.