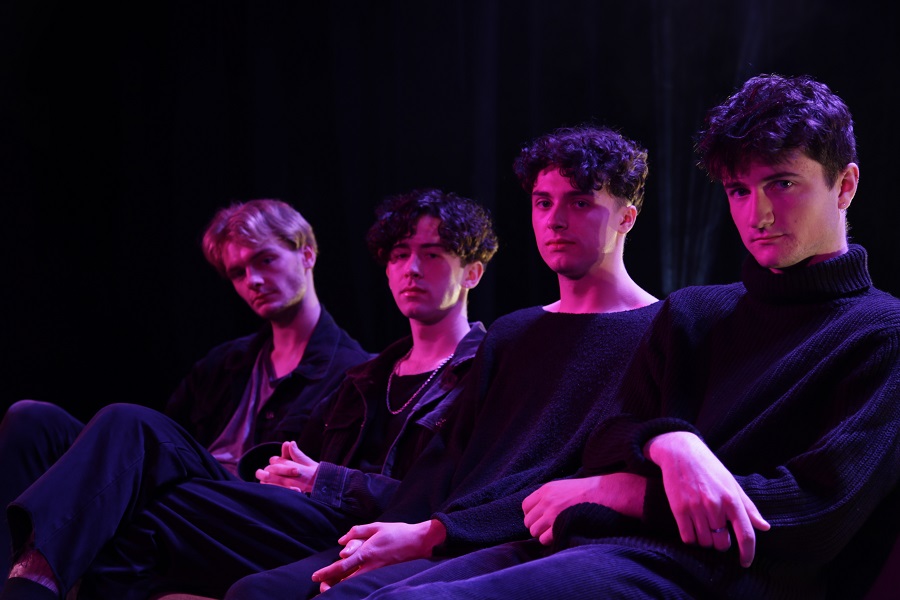 Named after Bowie’s ‘80s classic, Drogheda’s modernlove. have rapidly become one of indie-pop’s brightest and most talked about new bands. Debut single ‘Us’ and follow up ‘Bop’ have quickly amassed over 250K streams on Spotify and featured on editorial playlists such as New Music Friday UK, Fresh Finds and The Pop List. ‘Bop’ was also featured in a recent episode of the Channel 4 series ‘Made in Chelsea’ and picked up national radio support in the UK and Ireland.

Hotly tipped as one of the acts to watch for 2019 by HotPress, modernlove. are the winners of last years “Road to the Main Stage” by Firestone Live in conjunction with Vantastival. The band are making a name for themselves for crafting some seriously catchy upbeat indie & alt-pop anthems. Known for their dazzling live performances and polished vibrant recordings, international recognition is certain to arrive soon for modernlove.

modernlove. have caught the attention of many in the industry, including Paul Buck at Paradigm, who has been confirmed as their live agent. His roster includes The Vaccines, Everything Everything, Daughter, Khruangbin among others.

With a recent support slot for Good Cop Bad Cop (Arctic Monkeys’ Matt Helders new band) under their belt, they’ve been announced to support Larkins in The Academy on November 25th, and a headline show in The Soundhouse in spring, things are looking very exciting for modernlove.

‘Liquorice’ was produced by Sean Corcoran, recorded in Black Mountain Recording Studio. This release is supported by Firestone Live as the prize for winning the “Road to the Main Stage” at Vantastival.

“‘Liquorice’ is a song about naive teenage infatuation set against a dizzying backdrop of alcohol and substance fueled nightlife,” modernlove.