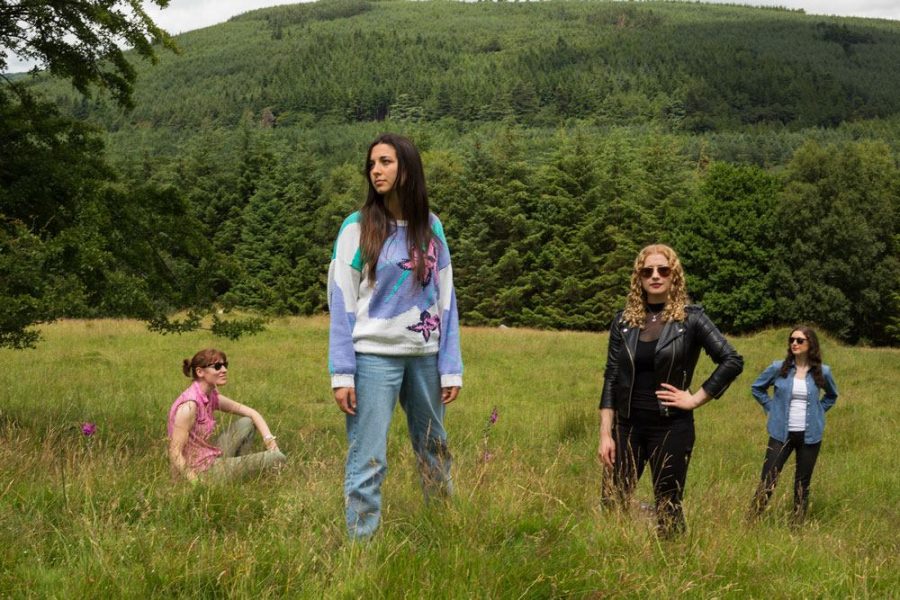 Following from the success of their debut E.P. earlier this year, indie-shimmer-pop act Montauk Hotel release their new single ‘Sense of Place’.

Montauk Hotel have made an impressive impact on the Dublin music scene over the past year with their 80s influenced glimmer of indie pop, fusing strong melodies with glistening guitars to create a sound that is their own. Montauk Hotel are made up of Claudia Verdecchia (vocals), Shell Dooley (guitars), Aoife Hester (bass) and Karima Dillon-El Toukhy (drums).

The band have garnered a reputation as one of the city’s most exciting live acts, with shows including The Last Mixed Tape’s Lost Series, Bello Bar, The Sound House, Retro Revival Indie Club, The Bowery and The Harbour Bar, Vantastival and Sunflower Festival, as well as headline shows at Whelans, Sin E, The Harbour Bar and The Workman’s Club. The band were selected as RTE’s Irish Band Set to Rise for 2017.

Their debut single ‘Black Dress’ was released in late January to critical acclaim. Montauk Hotel launched their E.P. on March 10th with a sold-out show in Whelans, Dublin. Their launch gig for ‘Sense of Place’ takes place in Whelan’s on August 12th.

“one of the most accomplished Irish releases of 2017” RTE 2FM

“…a highly stylised record filled with vivid flourishes of brilliance that set the four-piece apart… Leaving them in their own shimmer-pop milieu”9/10, The Last Mixed Tape