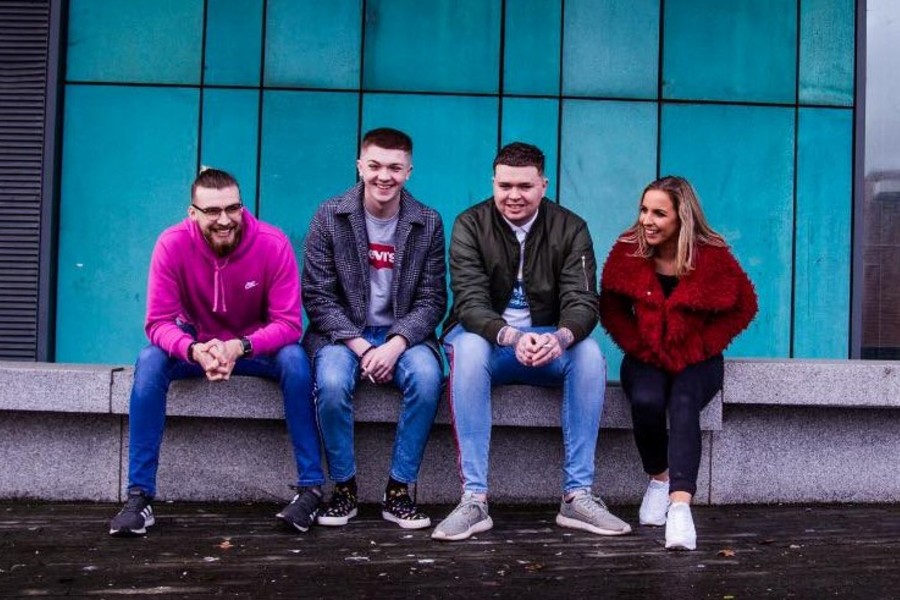 Fluttertone, events and promotions company based in Dublin and Made It! Entertainment, a company specializing in promoting Irish independent artists, are proud to be bringing the music back to the city with the first post-lockdown gig in The Wild Duck on the 23rd of July from 7.30 pm. The ‘Limited Availability’ Night will showcase artists Layzee Gold, Warped Minds, and Daniel Wheatley and will celebrate that Made it! Entertainment and Fluttertone have joined forces for a two-year supply deal that will help both businesses support and promote Irish independent artists.  Tickets are €10 (ex booking fee) and are available through Eventbrite and on the door. Tickets are limited to 50 so booking early is essential.

Layzee Gold are an innovative, indie-pop music group from County Wicklow. A three-piece ensemble made up of Philip Nolan, Jamie Nolan, and Chris Nolan, who have established a distinct sound, which can be described as a mix of rap and traditional Irish music. The band promotes their sound as something akin to groups such as London Grammar and the xx. Their debut EP ‘Can’t Sleep’ will be released later this year.

Warped Minds is a four-piece rock group from Dublin. Their style of contemporary rock is based on both classic rock techniques and newer popular music, soaring Rock and Roll back into the 21st century. When listening to this up and coming band, you will hear sounds of the Foo Fighters, Toto and Red Hot Chili Peppers, while also adding their own unique spin to the genre. The band features singer and guitarist Paul Downey, guitarist and singer Conor Birkett, bassist, singer, and keyboard player Ciarán Berry and drummer Conor Byrne. Warped Minds will be releasing their debut EP titled Stories We’ll Never Tell later this year and their debut single, Pen to Paper, is out now!

Daniel Wheatley is a songwriter who combines poetic lyrics with a dynamic vocal mixed with intriguing music. Deeply influenced by Multiple Genres and alternative rhythms.