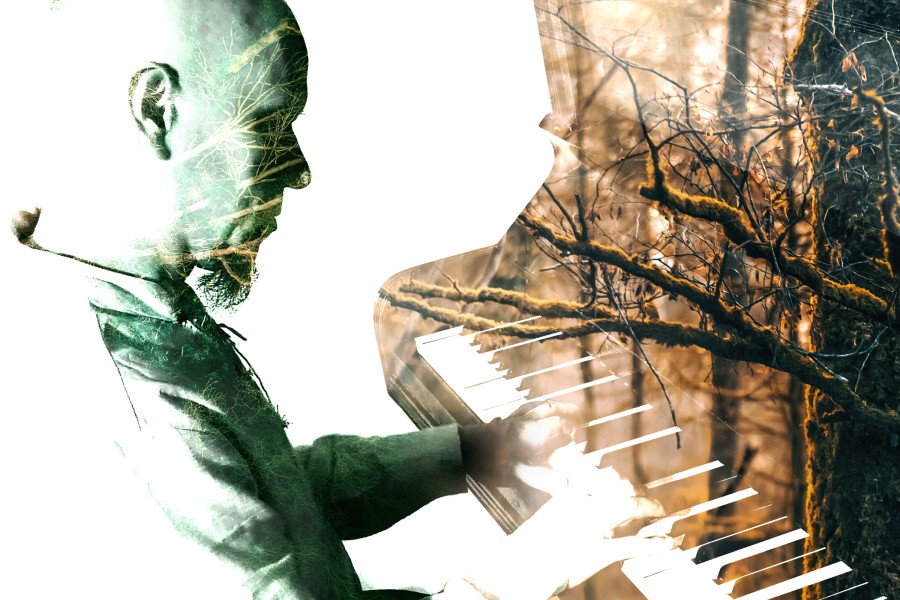 Neo-classical composer Emiji – A.K.A Marcin Ciszczon and co-founder of one of Ireland’s most successful independent production houses, Diffusion Lab – returns with the second single from his upcoming debut album. The moving and cinematic ‘Unspoken’ features vocalist Sandra Maria and is set for release on 24th February.

‘Unspoken’ examines the vulnerability and bliss of feeling unconditional love and the wisdom and beauty of nature. The track draws influences from a psychedelic journey in a forest the artist experienced with his partner, whose vocals feature on the track.

In the final refrain, the song drifts wistfully to its conclusion, as Sandra Maria sings about ‘two becoming one’. As referenced in the track’s title, the memories of such an experience, and its impact, go unspoken, it’s a memory living only in the whistling of the forest.

Following the release of the first single ‘Larimar’ in January, ‘Unspoken’ marks the second release from Emiji’s upcoming album ‘My Journeys’, which is set release on 26th March 2021. ‘My Journeys’ documents the importance of becoming one’s best self and explores the use of holistic medicines, embracing nature, encouraging change, and showing courage to take the first step on a voyage of self-discovery.

‘Unspoken’ is a lush, moving cinematic piece in tone and timbre which captures love, ego, and vulnerability under the guise of self-reflection. Emiji earmarks himself as an artist unafraid to question both himself and the world around him and is willing to stretch the limits of creativity in an effort to best understand some of life’s most timeless themes.