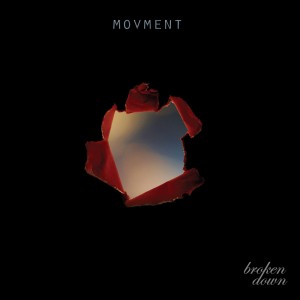 Writing and recording music is much more involved now for artists.

Movment use technology & instruments to produce their sound. Where this leads going forward, time will tell.

The first single from the album, “Driven“, was released in October on 7” Vinyl and CD.

The new album “Broken Down” contains 9 tracks and is available now as a Digital Download from all Online Stores including Amazon and iTunes.

The CD is also in Independent Record Stores.

The album was recorded in End Of Light Studios, Mullingar.

To Celebrate the Launch of their new album “Broken Down“, MOVMENT are giving away an

MP3 of the track “Driven” all this week via Bandcamp.

It was mixed at Miloco, London by Darren Lawson and mastered in London by Fluid Mastering.

‘Broken Down’ will be released in the UK in Dec/Jan and Europe and the USA in 2013.