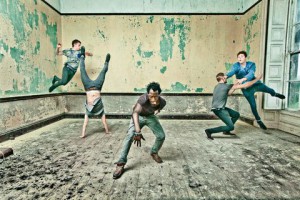 All hailing from Ireland’s untamed West Coast MOXIE’s music has a solid traditional backbone, inspired and shaped by the surrounding of the west of Ireland, but with progressive, world and jazz influences creeping into their music it makes for a truly heady and distinctive sound, putting them at the forefront of new acoustic music from Ireland.

In August 2014 they released their highly acclaimed debut album “PLANTED” on LYTE RECORDS.

With their unmistakable approach, MOXIE are becoming a festival favourite in Europe, America and beyond garnering a reputation for their highly charged live performances.