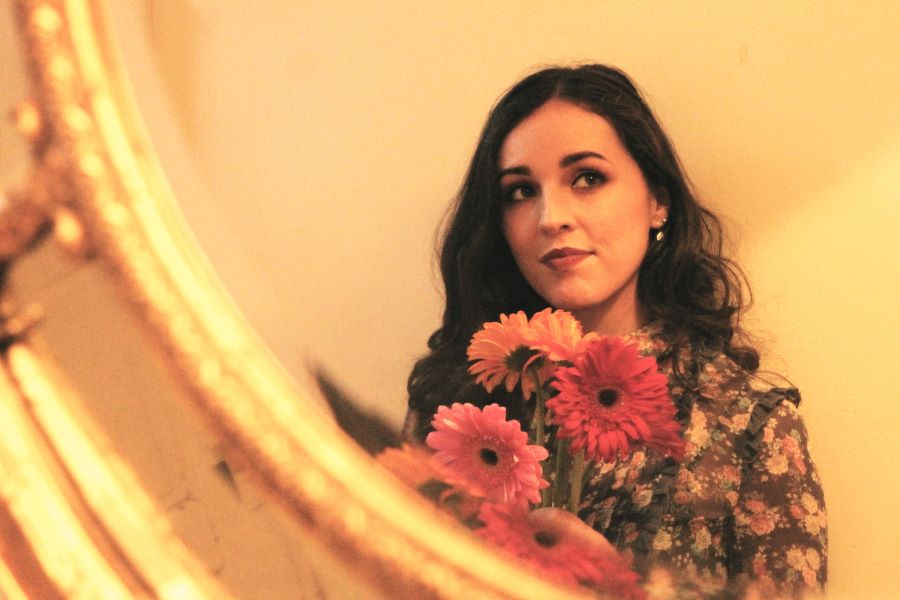 Moylan is back with her new single, ‘It’s Alright’.  A brave and real piece, it explores the human quest for meaning and self-discovery in the midst of a pause on the railway tracks of life. Her inner knowing meets her weary, grasping self, and with kind insistence, holds up a mirror of self-examination. The track offers the comforting solace of surrender to the present moment, a relinquishing of the pressure of ‘putting on a show’, and the opportunity to reconnect with her essence. There is no destination, you are what you are searching for, ‘you’re gonna be who you are’. Long after listening you are left with the repetitive lyrics, like a comforting mantra: “It’s alright. It’s alright. It’s alright”. In these strange days, I say how bad is that?

Moylan’s breathy and intricate vocals, in alternatively sweet and harsh tones, lift us up from solitary forlornness to ethereal heavenly heights and deliver us back down to a somewhat changed solitariness of oneness. This new release reflects her evolving style, a magic merger of lilting Irish and urban Berlin.

Moylan is a Berlin-based singer songwriter from Waterford, Ireland. In June 2019, she released her Debut EP- ‘For The Birds’. Moylan’s debut EP is a work of strength and variety and has attracted attention from the likes of Remy, Nialler9, TLMT, and Hot Press Magazine. She has also received great support and air play from radio stations such as WLR FM, Spin FM, RTÉ Pulse, Stradbane Radio and KCLR FM where she was a featured artist in July 2019.In November 2018 Moylan performed on RTÉ Radio1 with Miriam O’ Callaghan.

In September 2019, Moylan moved to Germany and since then she has played Sofar Sounds Weimar, Sofar Sounds Nuremberg and a number of intimate gigs around Berlin. Her Christmas Tour in Ireland was a great success which included venues in Waterford, Limerick, Galway and Dublin. In the coming months Moylan intends to focus on experimenting with and fine tuning her sound as well as taking her music further afield in Germany and Europe.

‘It’s Alright’ was recorded and mixed by Adam Redmond of Flaked Studios. It was mastered by Fergal Davis.