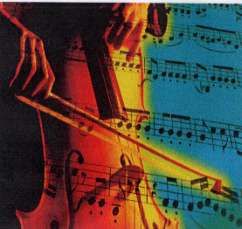 This January, the world will celebrate Mozart&acutes 250th Birthday. To correspond with the festivities, Kelly Colleen McMahon will present Peter Shaffer&acutes take on the legendary composer, Amadeus, at St. Nicholas Collegiate Church January 11-14.

The work looks at Mozart&acutes time in Vienna (i.e. the last ten years of his life) but does so through the lens of his rival and purported murderer, Antonio Salieri. An enduring myth implicates Salieri in Mozart&acutes early death and Shaffer plays with the evolution of these kinds of rumours. He also examines ideas about religious piety, envy, facades, and the inscrutability of destiny. All of this while creating a fascinating portrait of the composer and his would-be nemesis.

Most people are undoubtedly more familiar with the film adaptation of the play, which garnered numerous Oscar and Golden Globe awards when it was released in 1984. The stage production is equally as laurelled with the Broadway production earning Tony&acutes including Best Play for Shaffer and Best Actor for Ian McKellen who played Salieri. Though stage and screen version share characters and basic plot details, the theatrical original centres much more on the idea of Mozart (whose middle name means â€˜beloved of God&acute) as God&acutes voice on Earth and the blend of admiration and ire this cause in Salieri. This religious undercurrent makes St. Nicholas an ideal venue for the play as the church&acutes holy atmosphere will augment those themes quite palpably.

The cast for the Galway production includes actors from a range of theatrical organizations in the city including Galway Youth Theatre, An Taibhdhearc na Gaillimhe, NUIG&acutes MA in Drama and Theatre Studies and NUIG DramSoc. In the principle roles are Patrick Curley as Antonio Salieri, Morgan Cooke as his bane and the title character and Helen Gregg the composer&acutes devoted wife, Constanze.