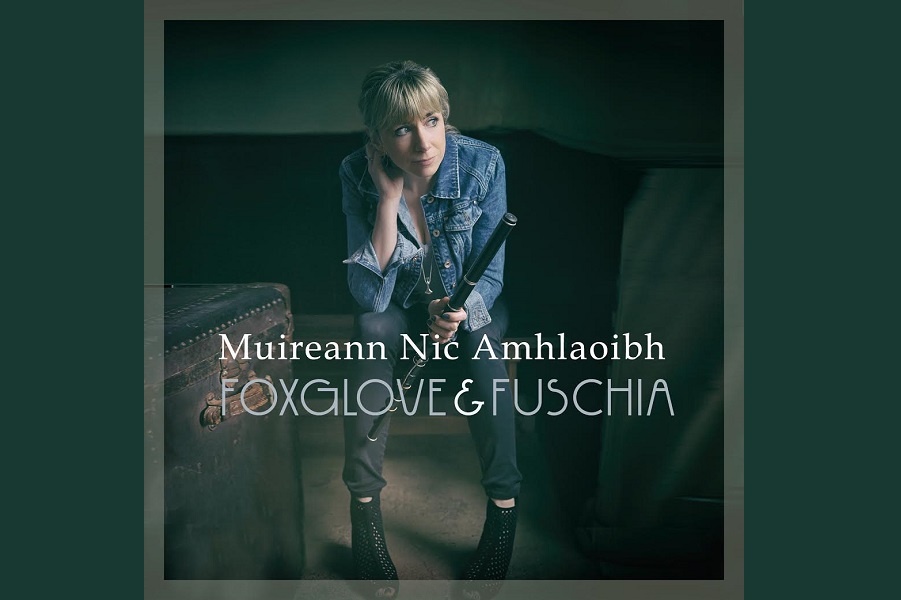 ‘Foxglove & Fuschia’, the new album from Muireann Nic Amhlaoibh has just been released.

Every now and then a singer comes along that manages to distill time and make the listener feel at once rooted and in touch with the essence of the song. Former Danú front woman Muireann Nic Amhlaoibh is one such singer. An award-winning musician from Corca Dhuibhne in West Kerry, she is a leading exponent of the sean nós style. Her repertoire also includes songs from a wide variety of folk and contemporary sources. Her childhood on the Dingle Peninsula Gaeltacht, saw her immersed in a rich cultural environment and vital living tradition, which was to be hugely influential on the foundation of her distinctive vocal and instrumental sound.“I live in Dingle, so there is music there all the time, the scene is so vibrant. It’s a musical Mecca. You couldn’t throw a stone down there without hitting a musician.”

A popular television presenter, Muireann has hosted a range of programmes for Irish and Scottish TV over the past decade including Gradam Ceoil TG4 and the celebrated traditional music series Portwhich she co-presents with Scottish Gaelic singer, Julie Fowlis. Having spent 15 years touring the world, she has decided to return to her roots, raise a family, recharge herself musically, live amongst her people and importantly as a creative artist, shape her sound.

“I want the album to feel like you’resitting in on one of my gigs here at home,where a few of us gather together and share songs and tunes, pretty uncomplicated and natural.”

Surrounding herself with an incredible cast of musicians such as Donogh Hennessy, Dónal O’Connor, Pauline Scanlon, John McSherry, Donnchadh Gough, Jeremy Spencer, Michael Rooney and in the full circle of traditional music, her father Feargal Mac Amhlaoibh, a fiddler with whom she started playing sessions when she was about nine.“In situations like that, you don’t just learn the tunes; you learn about the bigger picture, about life”. The album features songs collected from,and a duet with, the legendary Seamus Begley, some songs with old Irish lyrics that have had new melodies added by song master Gerry O’Beirne, who also plays on the album,and some newly composed songs. ‘Foxglove and Fuschia’ is a snapshot in time of an artist, both present and comfortable in her immediate environment whilst casting her net further afield and embracing new horizons.

“I just want to make a vocal album with some tunes as well, to reflect where I come from, but I want it to be really honest, simple and reflective of what I do.”

“One of the earthiest and most distinctive voices, not just in traditional circles, but anywhere”–The Irish Times

“I think she is singing more beautifully than ever. Mysterious perfection” Dónal Lunny