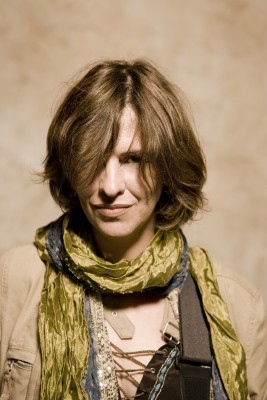 As part of the exciting programme of events taking place at the 2010 TradFest Festival, IMRO in association with TASCQ, will present a series of Master Classes in the New Theatre, Temple Bar, on Saturday 30th January.
Renowned artists Michael Rooney (11am – 1pm) & Eleanor McEvoy (2pm – 4pm) will each host a music master class.

These master classes are FREE but due to limited capacity – booking is essential.  Email: ei.ormi@nosnhoj.htiek to reserve your seat now. (please indicate which seminar(s) you would like to attend)

ELEANOR MCEVOY
In a world where the word star and the gift of talent are often devalued, Eleanor McEvoy is neither an overnight success nor a four-week wonder. Her career began at the age of four when she took piano lessons, taking up violin at the age of eight. Upon finishing school, she attended Trinity College in Dublin where she studied music by day and worked in pit orchestras and music clubs by night. Eleanor graduated from Trinity and was accepted into the National Symphony Orchestra of Ireland where she worked for four years before finally taking the plunge to concentrate on her passion for songwriting. After a long hard slog, she finally found success in 1992. It happened when one of her songs ‘Only a Woman’s Heart’ inspired the title for, and appeared on, the A Woman’s Heart anthology album. It has since gone on to become the best selling album in Irish history, staying in the Irish Top 10 for over a year. Since then Eleanor has gone on to become an artist and performer known throughout the world. Her critically acclaimed canon of work spans seven albums, several singles and appearances on numerous compilation albums. She is today recognised as one of Ireland’s most successful female singer songwriters.

MICHAEL ROONEY
Michael comes from Co. Monaghan. He is a music graduate of Queen’s University, Belfast. Michael is an internationally recognized harpist and concertina player, as well as a tutor and producer on the Irish musical scene. He is also a well known composer of traditional Irish music in Ireland, and many of his  compositions can be heard on his CD Ocras. Michael spent three years working for Comhaltas Ceoltóirí Éireann, and produced the Comhaltas tours of Britain, Ireland and America during that time. He is senior All-Ireland Champion on the harp and winner of the prestigious Granard and Keadue harp competitions on several occasions. He recorded with ‘The Chieftains’ on their Grammy award winning CD entitled The Celtic Harp and toured the US with the group. In 2006 he published a book entitled Harp Tunes, which contains twenty three of his compositions.