Mute The TV Release Christmas Single in Aid of ISPCC 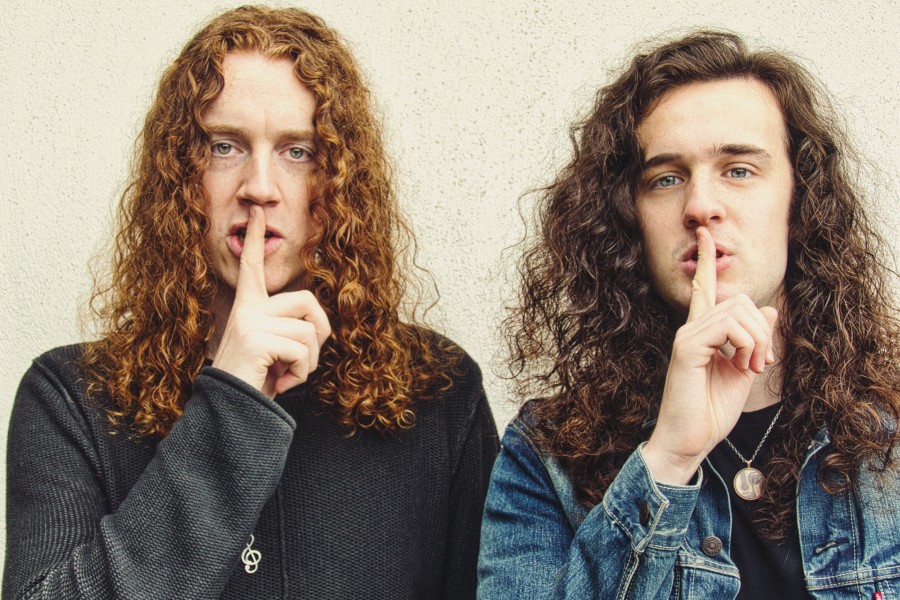 Mute The TV are a two piece band of brothers, Elliot Crampton and Dylan E. Crampton who have just release their festive single ‘Christmas Without You’.

Fusing together their respective influences and musical styles, their aim is to approach their music in a way that neither of them are accustomed to. With Dylan and Elliot being brothers and perfectionists, many an argument ensues during the recording process, something that has plagued many bands before them, but given that they are brothers, it always turns right.

The brothers started the project during the first Coronavirus lockdown as a way to stay busy and creative and released two singles, ‘With You’ which features their friend and local musician, Jack Joyce and ‘Only The Good Times Matter’ which has been streamed over twenty thousand times on Spotify.

Both Dylan and Elliot have been releasing music under various guises since 2012, but this is the first time that they have joined musical forces. With appearances at various Irish festivals, the RTE Late Late Show and Whelan’s One’s To Watch, the brothers are combining their experiences and are excited to see where it takes them, no rules apply.

Speaking to the single, the brothers state:

Dylan: “I had the idea for a Christmas song floating around for about two years, but only had a verse and an intro. I showed it to Ell and he really enjoyed it, but we didn’t do much with it at the time.”

Elliot: “We sat down to try and finish the song recently and it really came together, but it wasn’t until we played it for a few of our close friends that they demanded we record it and release it this year, so, the pressure was on. Funnily enough, the chorus of the song is from a Christmas song that I had written as a present for my family when I was about twelve years old, the rest of the song was absolutely atrocious, but the chorus still felt good.”

Dylan: “Then we started to arrange the track, Ell had written a bridge which then became the intro and my intro became the outro, then we got to work on recording the song. Our friends Greg and Tristan were on hand to make sure we were knuckling down and getting it done too and we received lots of texts from our friends making sure we weren’t slacking.”

Elliot: “We had a great time recording the track and it felt really good. During the second lockdown, we had re-connected with some people that had been acquaintances before, but are now friends for life. I had a pretty tough year with my mental health and finding a small group of people that were there for me, was truly amazing. We went for walks, runs and swims as much as we could and we thought it would be a lovely idea to include them on this song so that we would have a reminder of the positives that came of this turbulent time. A keepsake. You can hear them, along with our mom and sister singing ‘Christmas Songs’ in the choruses and singing the last chorus too.”

All proceeds from the sale of the single on Bandcamp will be donated to the ISPCC.