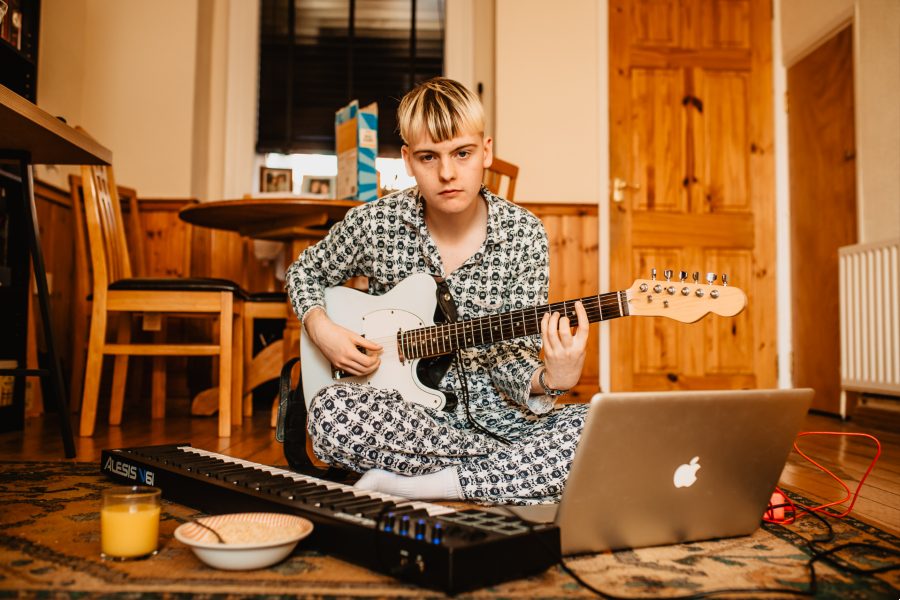 Joel Harkin has been causing a gentle stir since the release of his debut album ‘Never Happy’ on the 19th of May; a release date he chose to coincide with his 26th birthday.

One of the stand-out tracks from that album, ‘Vada’, has already received widespread praise with Hot Press Magazine commenting on Joel’s “dazzlingly unconventional approach to  songwriting.”

Seamlessly blending real life with fiction, Joel inserts his childhood friend from Donegal, the son of an undertaker, into the narrative of the classic 1991 movie, My Girl, starring Macaulay Culkin and Anna Chlumsky.

“After sweet Thomas Jay, there’s been a new boy over to play.”

Joel says: “The song creates a world in which my mates from Letterkenny and the main character of my favourite film, the 1991 classic My Girl, exist in the same universe. It’s about how they compare the differences and similarities in their lives that take place on two different sides of the world.”

Joel Harkin played Other Voices Mayo and Output Belfast in February 2020. The year before, he supported Junior Brother, Joshua Burnside and Kitt Phillipa. His songs have received airplay on BBC 6 Music, BBC Radio 1 and more. In 2019 he was nominated for the Oh Yeah Contender Award at the Northern Ireland Music Prize 2019, and this year he is a participant in the Oh Yeah Centre’s Scratch My Progress Talent Development Program.