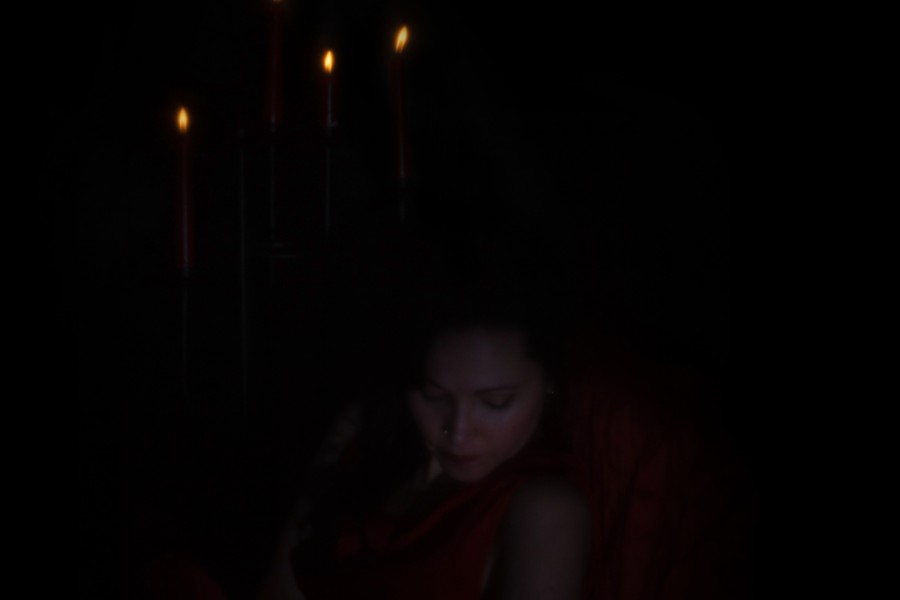 ‘Big Smoke’ – the third single from the self-titled debut album of My Sweet Beloved – is a bewitching journey through a dreamy sonic landscape. Listeners are gently coaxed into an almost-tangible realm of thick, warm sound, enveloping them and guiding them through a slow, irresistible crescendo, all the way to a climactic and energetic outro.

In his review of an album described by Hot Press as a “scintillating” and “acclaimed self-titled debut,” John Walshe had this to say about the third single: “The brilliant ‘Big Smoke’ sees Harrison Byrne soaring over industrial slabs of noise.“

“If the filmmaker David Lynch was ever looking for an Irish band to appear at the Twin Peaks’ Roadhouse he should look no further than My Sweet Beloved with their brooding, atmospheric blend of sultry blues-rock and dark experimental pop” – A Lazarus Soul frontman Brian Brannigan (Irish Daily Mirror).

When Skindive split up some years ago, Danielle – who arrived in Dublin from Los Angeles specifically to join the band – knew her true voice hadn’t yet been revealed. When that band fell apart, she was, she remarks, “a singer with no songs,” yet the determination to match her creative vision with her vocal skills never wavered. Slowly, assuredly, one song followed another. The process was painstaking yet precise, the lessons learned invaluable. The album, says Danielle, is the result of a, “long journey that I am now able to fully appreciate.”

With producer/musician Les Keye, Danielle produced and mixed the new album, her vision of what she wanted in perfect alignment with what she knew her bandmates could instinctively Deliver. Joe Chester of A Lazarus Soul was on mastering duties and Mark Colbert contributes drums to some of the tracks.

There is a cinematic quality to the music, too. Alongside central classic rock/psych music (notably, Pink Floyd’s Dark Side of the Moon and Wish You Were Here albums), Danielle admits that when she hears any of the songs she is reminded of, “little films. I can visualize each story and feel the water, or the ghosts, or the cliffs all around. Some songs, also, are pencil sketches, while others are painted with deep colours in broad strokes.” Such innate artistic leanings fuse with those of her bandmates, all of whom “have their own inspiration. Ultimately, it’s a lifelong love of music and playing music that brought us all together.”

The musicians in My Sweet Beloved are all vastly experienced, with Derek Byrne (guitars), Anton Hegarty (bass) and Dan Devlin (drums) cumulatively adding what comes naturally. Is the formation of the band a classic case of all good things come to those who wait?

She says “Playing and recording music with these three people has elevated these songs to a level I had always dreamed of. I get to explore everything I love about music, atmosphere, layers, movement, intensity, depth, big sound, heavy bass, big drums, deep colours, darkness, experimentation and diversity…not being held to predetermined rules about song structure and just letting the dream take over. When I hear these guys play, I always think if I wasn’t playing with them then I’d sure wish I was.”

Dreams have come true, then, but sometimes at a price. As usual, life and the living of it have interrupted the best laid plans and strategies for the members of My Sweet Beloved, but the outcome of putting many years of work into the music is true friends (“with an incredible bond”) creating songs that truly matter. A certain pandemic may have put a temporary halt to many things, one of which is bands playing music in small music venues, but the band, says Danielle, “can’t wait to play live shows again. There is nothing like ‘living in the sound’ when you play together live. In those moments it all becomes bigger than its parts.”

Whatever the size, the songs are the most important. “Music is not a contest. There is no winner. My Sweet Beloved has its own label, D&D Records, and while that takes a lot of heavy lifting at least we don’t owe anyone anything. And crucially, we can do it our way.”