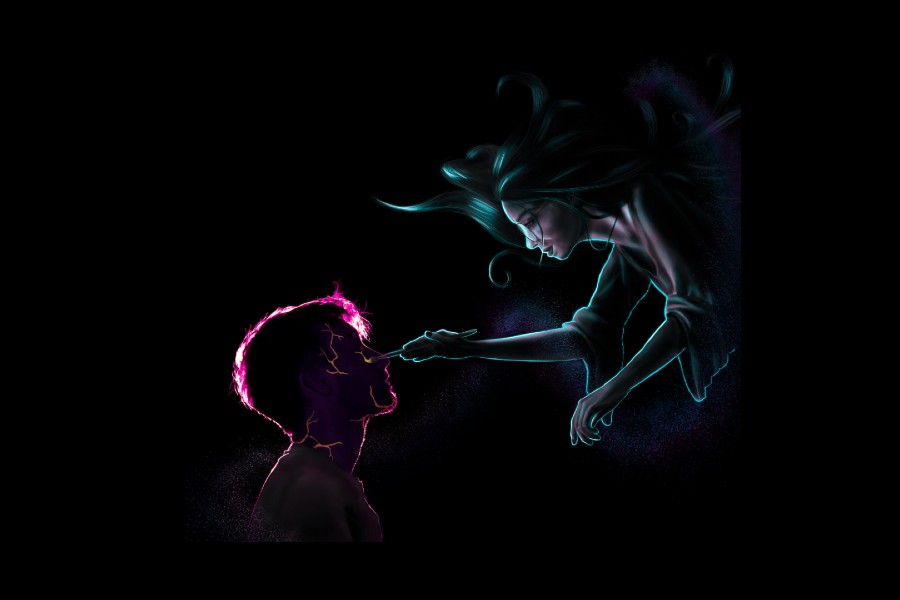 ‘Carolina’ is Nathan Mac’s second single: a song of second chances. Once again this track is an outstretched hand to anyone struggling with self-worth.

Through his lyrics, Nathan explores the power of being seen by a stranger (and artist) by the name of ‘Carolina’. They met online when Nathan commissioned a portrait of his little sister.

“Back then I was so low that any interaction with a stranger would add to my self-worth. The people who liked my songs or just wanted to say ‘hi’ made me feel like I had value.”

Using the metaphor of an artist drawing him back into existence, Nathan set about writing this song as a thank you to ‘Carolina’, not just for the wonderful portrait, but for giving him a new sense of self.

The crystal clear production is decorated with dreamy synths and airy vocals. Pulsing bass forms the backbone of rhythm for a track that you’re supposed to dance to. This is a song that suits everything from your headphones to the largest stadiums in the world.

‘Carolina’ is the latest link in the chain of the ‘Start of Something Blue’ project. As the second major release, the bar has been set by the success of his first single ‘Better Off Without You’. This song hit 70,000 streams on Spotify in the first two months alone and has received acclaim internationally from the likes of  ‘Buzz Music LA’, and ‘The Music Nerd’.

27 year old Dubliner: Nathan Mac, once again in collaboration with producer Brian Dwyer, is setting out into the world, with an Irish flag in hand.