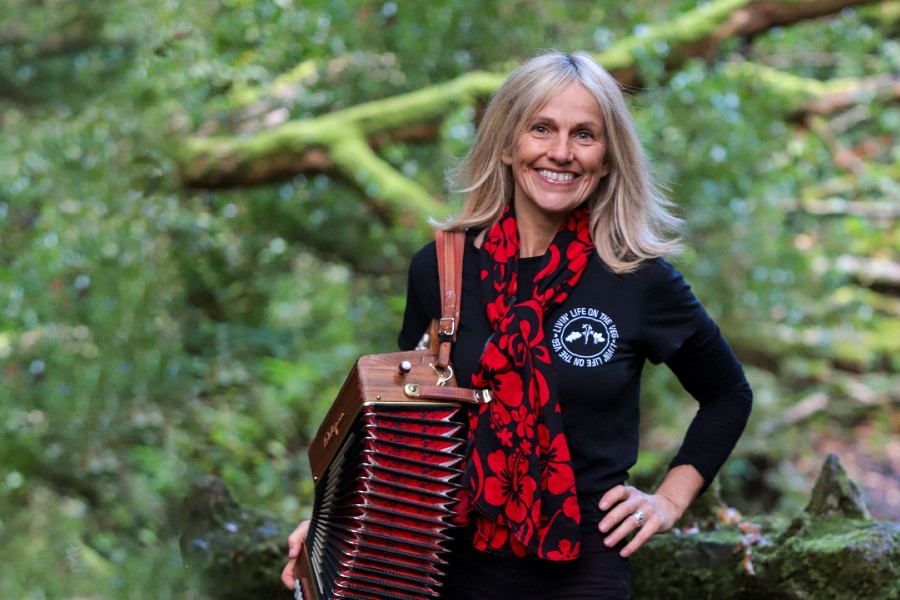 Sharon Shannon is one of Ireland’s most-accomplished traditional Irish musicians. Since the release of her best-selling debut album ‘Sharon Shannon’ in 1991 Sharon’s music – whether traditional arrangements, Irish-influenced compositions or explorations of genres such as Hip-Hop, Classical, Country and Reggae – has brought her an ever-growing global audience of loyal fans.

Sharon’s latest studio album, The Reckoning was composed, written and recorded in its entirety during lockdown, featuring over a dozen remote collaborations from locations across the globe in her most innovative and original album to date. Guests on the album include Donal Lunny, reggae legend Dennis Bovell, Jamaican-born dub poet Linton Kwesi Johnson and rising Irish star Susan O’Neill.

Over the course of her career Sharon has recorded and toured with world-renowned musicians such as Bono, Adam Clayton, Sinead O’Connor, Jackson Browne, John Prine, Steve Earle, The RTE Concert Orchestra, The Chieftains, The Waterboys, Willie Nelson, Nigel Kennedy, Alison Krauss and Shane MacGowan – a list that is testament to Sharon’s versatility as well as talent.

She has entertained US Presidents, Bill Clinton at the White House and Barrack Obama in Dublin, and Irish Presidents Mary Robinson and Mary MacAleese on presidential visits to Poland and Australia respectively. She recently accompanied Irish president Michael D. Higgins on his official tour of China.

Tickets for the stream are available exclusively via www.dice.fm
Tickets: €16.50 On Sale Now. Donation Option €16.50 + €3 Donation
The concert will be available to tickets holders for 48 hours following the performance.

This concert is presented in partnership with Serious UK and is supported by Davy as Innovation Partner and The Department of Tourism, Culture, Arts, Gaeltacht, Sport and Media.