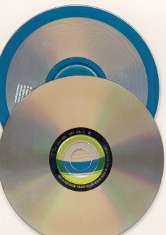 Lending of music CDs at UK libraries has plummeted by 42 per cent in the last five years, according to the latest survey from the Chartered Institute of Public Finance and Accountancy (CIPFA).

Book issues over the same period went down by just 4.2 per cent.

The survey also reveals a league table of the country’s most-visited libraries, topped by the Norfolk and Norwich Millennium library.

“The UK’s libraries are as relevant to their communities as ever. But whilst many facilities continue to attract high visitor numbers, far fewer library users are borrowing music CDs compared to five years ago. With more people than ever downloading music from the internet, the way many people access music has changed fundamentally”.