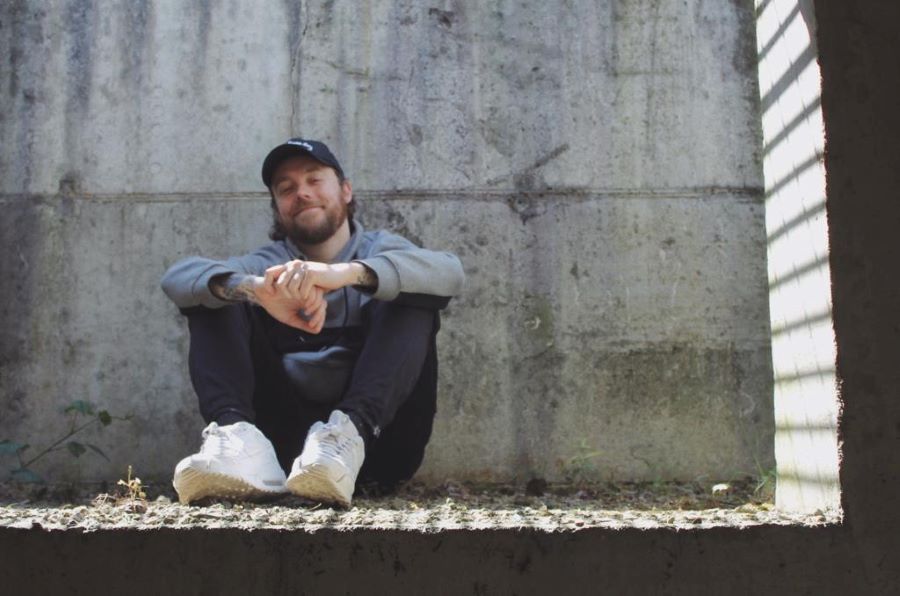 One of Ireland’s fastest-rising hip hop artists, Nealo, has enlisted the help of social media comedic sensation Darren Conway for the video for his current single, ‘Heart Food For Hard Times’. The song has been described as, “a big hug of a song just when you need it most!”

Nealo’s personal story has drawn a lot of interest since he first broke onto the Irish rap scene in 2018. Formerly a trainee solicitor and the frontman of the hardcore punk band Frustration, he swapped hardcore for hip-hop and gave up his job at a law firm to set up his own dog-walking business. A man who can only be himself, his authenticity and incredible likeability shine through in his lyrics and live performances. Now, with the video for ‘Heart Food For Hard Times’, Nealo draws us even closer into his world with a video that tells the story of a man so distraught by not being able to see his favourite doggie client, Norman, during the Covid-19 quarantine that he turns to drink. Alcohol dependency is an issue that Nealo has tackled in the past, with his 2019 song ‘Just My Luck’.

Darren Conway features at the beginning of the video counselling Nealo as he cries down the phone. Darren has been making online content since 2014, but in recent months his popularity has ballooned due to fans like singer Lewis Capaldi, political leader Mary-Lou McDonald and Conor McGregor’s MMA coach, John Kavanagh. It’s no surprise that he has over 125,000 followers on TikTok, Instagram and Twitter.

Since ‘Heart Food For Hard Times’ was released on Friday 15th May, it has amassed over 850,000 radio impressions (over 200 plays across 22 stations) and over 10,000 streams on Spotify.  Nealo also entered the Ireland Breakers Chart (radio) at no. 15. The song has been playlisted by RTÉ 2fm and has been named ‘Song of the Week’ by multiple media outlets including Spin Southwest, GoldenPlec and the Limerick Leader. On its release day, ‘Heart Food For Hard Times’ was chosen as Record of the Day in the music industry ‘bible’ newsletter and included in the New Music Friday UK playlist on Spotify.

Written and released over the course of just one month, the track goes to prove just how dynamic and prolific Nealo is and why he’s one of the fastest-rising artists in Ireland today.

‘Heart Food For Hard Times’ is a remote collaboration between Nealo, Adam Garrett, and Uly. Vocal production on the song by Adam Shanahan (Adam MyFault) and mixing and mastering by Marcin Ciszczon (Diffusion Lab).