Nella Shares ‘We’re All in This Together’ 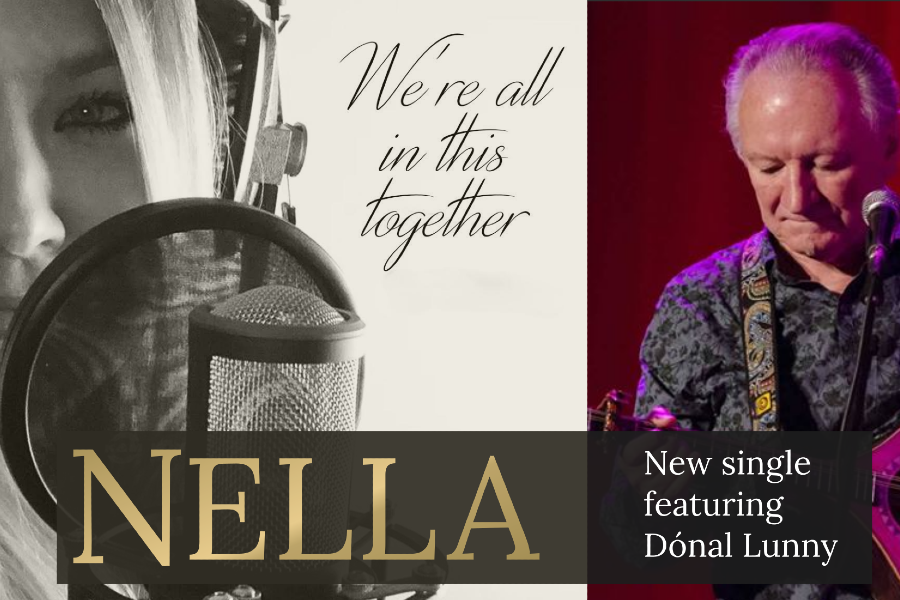 Singer songwriter Nella releases folk ballad ‘We’re All in This Together’ featuring Donal Lunny on the zouk. She wrote the song 10 years ago and recently finished in isolation. She put a video together and released it to offer some comfort and joy during these tough times and it’s already getting media attention and soaring numbers. With 250 shares and 8K views on Facebook in just 24 hours. The track has already had plays on RTE Radio One and Corks 96fm, this song is set to touch hearts all over the world. ‘We’re All in This Together’.

Featured in video game tracks, film scores, and alternative music, Nella’s voice has reached around the world. Nella’s EP Revolution was released in 2015 and quickly hit the number one spot on iTunes in pre-order sales. She has been recognised for her soaring lead vocals on World of Warcraft Legion, scored by Russell Brower. Nella toured with the Video Games Live series across the globe. She has a fan base that spans adult alternative fans to avid video game players that connect to some of their favourite storylines with Nella’s emotional through-line. She has been collaborating with a number of Grammy- and Emmy-award winning artists and composers, and we will see more releases from Nella in the coming months.

‘We’re All In This Together’ is about finding hope in this moment of uncertainty. Nella and Dónal had been recording the single at the beginning of 2020 and decided to bring forward its release in the hope that people would feel more united in a challenging moment. Nella’s wistful vocals tell the story above the atmospheric zouk styling of the one and only Dónal Lunny. This track has the power to bring people from across the world together, as we all live through this difficult moment and imagine the day we can all go back out into the world.

The single is available now on: