New Album for Carried By Waves | ‘Softly Held Together’ 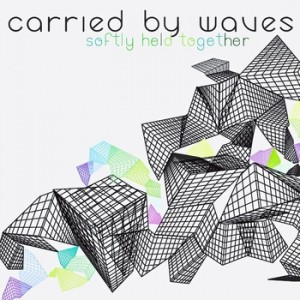 Last year was a busy one for CARRIED BY WAVES, and one marked by considerable progress. A debut show in January 2011 was closely followed by a performance as part ofIreland’s ‘First Music Contact’ tour, and in August they were among the acts chosen to play at the ‘Hard Working Class Heroes’ festival inDublin. This run of shows was topped off in September of the same year by a slot at the internationally acclaimed festival ‘The Electric Picnic’ in Co. Laois.

2012 began with both Hot Press and ‘Heinekenmusic.ie’ tipping Carried By Waves as “one to watch” , and in July 2012 ‘Carried By Waves’ debut album ‘Softly Held Together’ was featured as Dan Hegarty’s “album of the week” on 2FM. This acclaim was bolstered by a string of successful nationwide shows, performing with various high profile Irish acts (e.g. R.S.A.G, Le Galaxie, Squarehead, Funeral Suits, Gretta Gunn, & Sleep Thieves among others), as well as a headline slot at the ‘Indiependence’ festival in Mitchelstown, Ireland for the ‘Love Music, Hate Racism’ stage . Following the release of 3 E.Ps last year and a handful of remix projects, “Softly Held Together” was released (for free download) in July 2012. Carried by Waves have just been selected to play at this year’s Hard Working Class Heroes Festival.

You can check out the album at Bandcamp here: http://carriedbywaves.bandcamp.com/