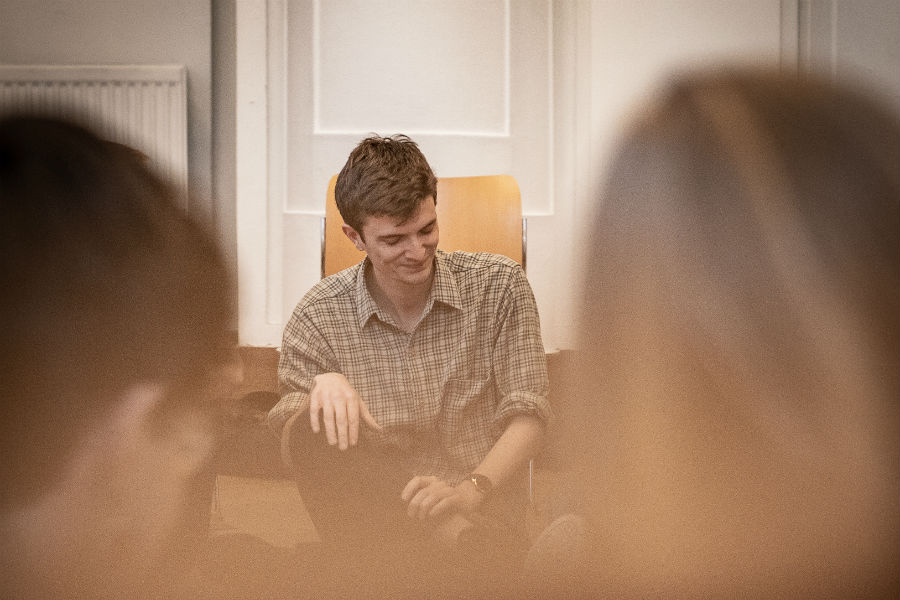 Sans Chateaux is the music of Cork’s Austin Moore. Writing and recording under this name since 2010, Austin has released two projects: a self-titled EP in 2012 and an album — ‘Aspendale’ — in 2016. He is now back with a second album — ‘Ephemeral Heights’.

Ahead of the release, Sans Chateaux shared the stunning, dreamlike, title track.

The title song ‘Ephemeral Heights’ is about going on a trip and being unable to resist the dread at the end of a good experience, while that experience is still going on.

Austin says: “I tried to liken a holiday to a lucid dream that is positive and from which you know you’re about to wake but resist as much as possible. However, the effort to resist highlights the fact that the end is coming, ultimately causing an unfortunate fixation on the return to the banal.”

‘Ephemeral Heights’ features fellow Cork musicians Annie Blake on electric and upright bass, Bríd Dwyer on violin, and Dan Walsh on drums. It was recorded and mixed by Kevin J Power and mastered by Alan Douches.

‘Weak Joy’ was inspired by a two-word phrase in ‘Lotus Eaters’, the fifth episode of Ulysses. The Lotus here represents detachment and listlessness, and this episode sees Leo Bloom idly killing time. The song in turn tries to deal with themes of disinterest, without being boring itself.

‘This song came about from a kind of fear I have of Sundays. This really regards a feeling of dread and dispassion I sometimes get when there is nothing happening and that I am most likely to experience on Sunday. This idea – of ‘’nothing happening’’ – is tough to parse, but I try to get at it here.‘

‘Ephemeral Heights’ is available for digital download now on Bandcamp, or you can listen on all usual streaming platforms.