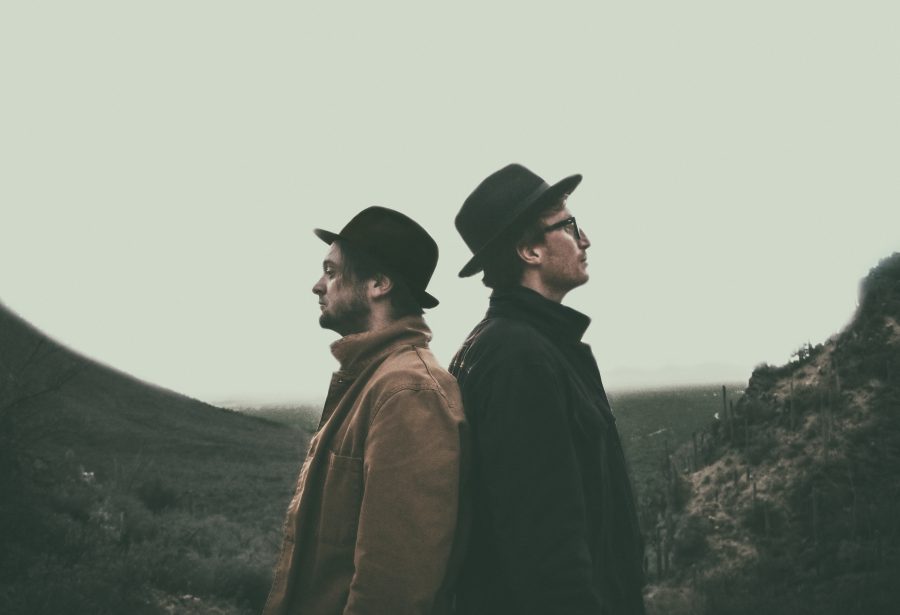 There is something special about two musicians in unison. Solo artists bear the brunt of pretty much everything – be it success or failure, joy or misery, it is all on their shoulders. Groups, meanwhile, are mostly perceived as ideal examples of democracy, when the reality is that they are governed by a benign dictator (if lucky) or a cruel despot (if not). Duos, on the other hand, are clearly in tune (and harmony) with themselves and each other.

As if proof were needed, take Oisin Leech and Mark McCausland as the perfect example. Having had previous lives in major label rock acts (respectively, The 747s and The Basement), the two Irish songwriters and musicians first met in 2007 after their bands had slowly slipped off the radar.

“We both found ourselves at house parties in Liverpool,” recalls Oisin, “and discovered that we had the same musical tastes. We started writing songs together for fun – no strategies, no game plan.”

The musicians’ instinctive gravitational pull presented them with the ‘Lost Brothers’ tag, but the name quickly stuck. Indeed, as the songs began to develop, the name started to make even more sense: the music was knocking on doors looking for a home, while the delivery of the songs was hushed to the point where you had to listen very carefully for the beauty of (and melancholy in) them.

The past ten years of The Lost Brothers (which began, says Mark McCausland, with “writing songs by accident and demoing them for fun”) has disappeared in the blink of an eyelid. Their 2008 debut album, ‘Trails Of The Lonely’, was produced in Portland, Oregon, by Mike Coykendall. An experienced sound engineer and musician (collaborations include M Ward, She & Him, Richmond Fontaine, Beth Orton, Bright Eyes), Coykendall set The Lost Brothers on their singular path.

“He taught us a lot,” reveals Oisin. “The most important was to come at production in a weirder way. He worked in a haunted attic, and he would use anything from broken microphones to toys to get the best sound to fit the music.”

“He taught us to be more spontaneous,” adds Mark. “To capture the moment more than a so-called perfect take.”

This intuitive approach perfectly suited the new direction. In their former bands, Oisin and Mark had been dragged around the block by major record labels, so the freedom to do exactly what they wanted (“to make music completely on our own terms, with no one interfering,” notes Oisin) made their compositions ring out with authenticity.

Every musician knows, asserts Mark, that “magic in a studio can happen with the click of a finger. Some bands take a year to record an album, but that first batch of songs with Mike took a week. He taught us that magic.”

For every subsequent Lost Brothers’ album (2011’s So Long John Fante, 2012’s The Passing Of The Night, 2014’s New Songs Of Dawn And Dust), attaining the “magic” has been key to its end result. Rehearsing songs to within an inch of their lives prior to heading into a studio – and making sure there are more than enough good ones – has also been pivotal.

So it is with The Lost Brothers’ fifth album, ‘Halfway Towards A Healing’. Recorded in Tucson, Arizona, at the perfectly titled Dust and Stone Studios (operated and owned by producer Gabriel Sullivan and overseen by Giant Sand linchpin, Howe Gelb), the album is another step on the right road.

Over superb twelve tracks, location and emotion are softly suggested. From opening song, ‘Echoes In The Wind’, to closing spoken word track, ‘The Ballad Of A Lost Brother’ (via the instrumental cantina hymn, ‘Reigns Of Ruin’, the fragile finger-picking beauty of ‘More Than I Can Comprehend’, and the delicate strum of ‘Nothing’s Going To Change Me Now’), the songs reach out like fingers across a warm night to calm a troubled brow. The lyrics match the intimate, tender moods.

‘I called your name, I called your number. Through the rain, through the thunder. Why turn away, from your man again’, queries Oisin (in ‘More Than I Can Comprehend’). Through these, and within other songs of bruised heartache and brushed sentiments, there is a fraught sense of people at the end of their tether. The lyrics are, agree Oisin and Mark, much more direct than on previous albums.

“The songs that get onto our records are sometimes the ones we write quickly,” reveals Oisin. “ The ones you work on for a really long time tend not to make it. That goes for the live shows, too. The songs that make it onto our set list are just right for us. New material such as The Iron Road and Where The Shadows Go can be dream-state songs that feel right to Mark and me, and sometimes when we sing them at gigs there’s a different meaning each time. You couldn’t sit down and say specifically what they are.”

As a textbook example, take ‘More Than I Can Comprehend’, one of three songs co-written with Glen Hansard. “You can’t get more direct than that one,” states Oisin. “We have had a tendency in the past to be quite abstract with lyrics, but Glen suggested we go straight for the jugular.”

Being tested, and in turn inspired to do and be better, has made ‘Halfway Towards A Healing’ The Lost Brothers’ best album to date. Another challenge and stimulus was Howe Gelb’s production methods.

“He would pick us up in the morning,” recounts Mark, “and take us out into the desert. We’d walk for hours, then he’d drop us back at the studio. We’d go through songs with studio engineer Gabriel Sullivan, then Howe would meet us at the end of the day, listen to what we’d done and work on the tracks. All those trips into the desert were to get the environment into our system.”

According to Oisin and Mark, in the past ten or so years everything has changed. “Unless you’re on a major label,” says Oisin, “there’s no huge structure, so for us everything has changed. Now, it’s all about getting on the road, touring the new material, being excited about an audience reacting to them, and seeing what happens on each night in different theatres with different songs.”

“Recording is the best for us, as well,” adds Mark. “It’s our passion, and the more we do it the less we take it for granted. Plus, we’re not trying to make it in the way we were when we were in our 20s. The goal is still there, but for different reasons. You shove everything aside when you’re much younger, but now we’re sorting out life, or certain aspects of it.”

The sorting out of life’s minor irritations, engaging with life’s major upsets, breathing in and breathing out, dealing with sorrow and embracing happiness – the rich, sometimes frayed fabric of merely existing imbues ‘Halfway Towards A Healing’ with a truth rarely expressed.

“Many of our albums have been quite desolate,” admits Oisin, “but this one has tiny slivers of hope. We’ve been challenged, and that has made the songs richer. We have definitely polished the gloom a bit! Weirdly, it’s our most forward-thinking record.”

‘Halfway Towards A Healing’ is released Friday January 26th.

The Lost Brothers tour Ireland and UK throughout January/February, and the US in March. Australia in April. Tour Dates announced soon. 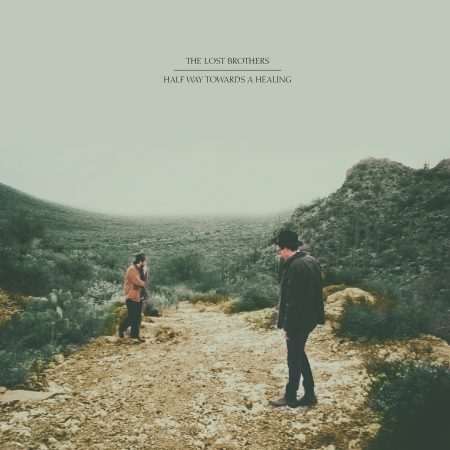