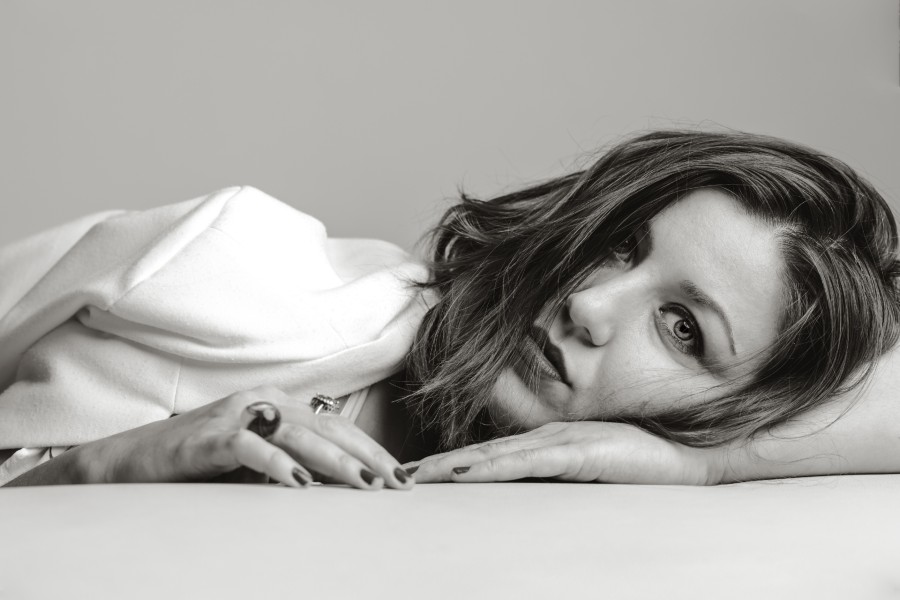 Singer-songwriter Yasya was born in Lviv, USSR, moved to Hungary as a teenager and is now residing in Dublin. Yasya released her debut album ‘Down The Hill’ in 2010. The release of this alternative folk-rock album led to Yasya taking part in summer music festivals on the same stage as Republic and Zagar. Yasya’s energetic performance style allowed her to support touring rock band Kischillag in Trafo. Many fusion and folk acoustic festivals followed such as Europe’s biggest country and folk music festival – Porta festival. Yasya also played Valley of Art (Fusion Radio, HU), National Folk Acoustic Festival (Szeged, HU), International Acoustic and Bluegrass Festival (Albaliget, HU) as well as playing some of the most notable places in Budapest including A38 boat, Godor Club, Almassy Hall and Take 5 Jazz club.

Yasya’s album featured a song collaboration ‘Down the Hill (Reprise)’ with harmonica virtuoso Matyas Pribojszki and the beatbox champion DJ Revolution. Yasya again collaborated with DJ Revolution to record her single ‘Szivlako’ in 2013. ‘Szivlako’ evolved from an adaptation of Yasya’s bossa nova song ‘Flowers Bloom’ from her album ‘Down the Hill’. ‘Flowers Bloom’, a song about heartbreak was adapted by extraordinary lyricist Tariska Szabolcs, who is a writer for established Hungarian acts such as Peterfi Bori & The Love Band and Magashegyi Underground. The adaptation was retitled ‘Szivlako’ that means ‘someone who lives inside your heart’. The new lyrics transformed the meaning of a song about heart break into something warm and hopeful. The single received radio play on Hungarian Jazzy Radio FM 90.9 and Yasya was offered an amazing opportunity by the Canadian Hungarian Authors Organisation to perform at the Hungarian Community Festival in Toronto, Canada. While in Toronto, Yasya was introduced to artist management company Crown Productions, who offered her studio time with an engineer/producer who inspired her to write and produce her first electro pop song ‘Drive’. Collaborations with multiple electro-dance producers followed, including 4 co-writes with Revue who’s album ‘Digital Love’ features Yasya as lead vocal on 3 of those songs.

While living in Hungary Yasya studied at Theba Academy of Arts experimenting with dance styles such as ballet, hip-hop and contemporary dance, as well as singing jazz and opera. For fun she also immersed herself into heavier music styles by performing as a lead singer of a Red Hot Chili Peppers cover band ‘Venice Queen’. She also attended the film & acting school ‘GTC’, formed by Hungarian film director/screenwriter Andras Salamon, where she learned from the incredible well-known drama talents Gyabronka József and Ónodi Eszter.

Yasya’s hunger for new inspiration and artistic experience resulted in a move to Ireland in 2014. “Dublin charmed my heart very quickly with it’s incredible amount of music talent and gorgeous countryside.” Here Yasya got passionately involved in the Dublin music scene and became a lead singer/co-writer in the original rock band ‘Drive By Eden’. Two years of great gigs followed at authentic blues and rock venues such as Arthurs, Whelans and even Vantastival.

Yasya met current collaborator Cian Boylan (one of Ireland’s leading pianists, arrangers, and composers) when she attended a masterclass at Camden Studios with Carla Marie Williams (a British songwriter and singer, who has written for Beyoncé and Britney Spears).

Yasya’s love of the heartbreaking records of Johnny Cash and intense versatile performances by PJ Harvey originally inspired her to write songs. She feels like she has found a spiritual connection to Ireland and here got closer to her own authentic sound. Her new single ‘Clean Love’ is an intriguing, seductive, groovy, melancholic pop song with blue-eyed soul and a dash of hammond. “When I wrote ‘Clean Love’ I felt like I found my musical direction and being able to finish this song with Cian Boylan made me feel like I had finally found my sound too.” The EP is a fusion of experimental pop genres. The other two songs ‘Maybe It’s Me’ and ‘Centuries’ are quite different in style: ‘Maybe It’s Me’ has an upbeat sound, soul, rhythm and blues vibe with offbeat brass sections (think Aretha Franklin, Wilson Pickett) while ‘Centuries’ has a dramatic feel, almost Kate Bush theatrical vibe to it.

Yasya has just started her diploma in songwriting at BIMM Dublin and is feeling very excited about the release of her EP ‘Clean Love’ which will be available on all digital platforms on 30th October 2020.