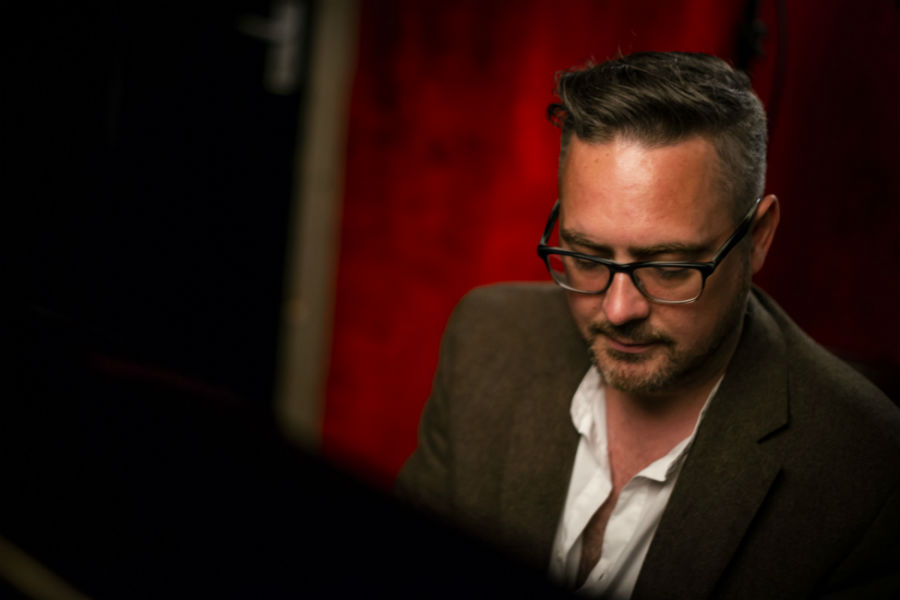 Chances are you may have already heard ‘Horseshoe Tattoo’, blasting from car stereo across the nation as the song already has picked up some considerable airplay.

Berlin Era Bowie synths tangle and jangle with guitar chime hooks Johnny Marr would be proud of and there is a also a curve-ball key change thrown in for good measure, which Macca himself could have dovetailed on a Lennon tune.

‘Opus Pocus’ has picked up considerable praise and has bagged several album of the week spots on several broadsheets like The Sunday Times, The Independent & Sunday Business Post.

The record is twain in two: Side A is entitled ‘Opus Pocus’, Side B is ‘Algorhythm & Blues’. Gavin used the term ‘Opus Pocus’ in the studio (his oﬃce for the last ten years as one of Ireland’s most in-demand record producers) to describe the relentless, ofttimes impossible, artistic striving towards perfection, towards creating that magic work.

“It’s something I’ve come to realise only recently, we put too much emphasis on crafting the perfect record, the perfect piece of art, second guessing ourselves and wallowing in self-doubt. In reality, the beauty is always in the cracks, the perfection is in the imperfection, music is this great healer and ‘Opus Pocus’ is about learning to embrace that idea.”

The album is mixed in a way that bleeds each song into the next, using widescreen interludes designed to tempt the listener oﬀ the beaten track and in to the long grass.

“I wanted these interludes, the music in between the music, to represent the idea of technology, and how, despite its power to connect, it can leave us feeling alone and alienated. Judged, ranked and graded by our own volition.”

The lyrical content, the equal of Glass’s compositional and production skills, ranges from the enforced maturity brought on by parenthood to the realities of city life for Dublin’s Generation Xers as middle age encroaches, and the devastation wrought by a parent disappearing in to Alzheimer’s. If you’re after some ‘moon in June’ action, seek it elsewhere, although there are a few love songs thrown in, just in case.