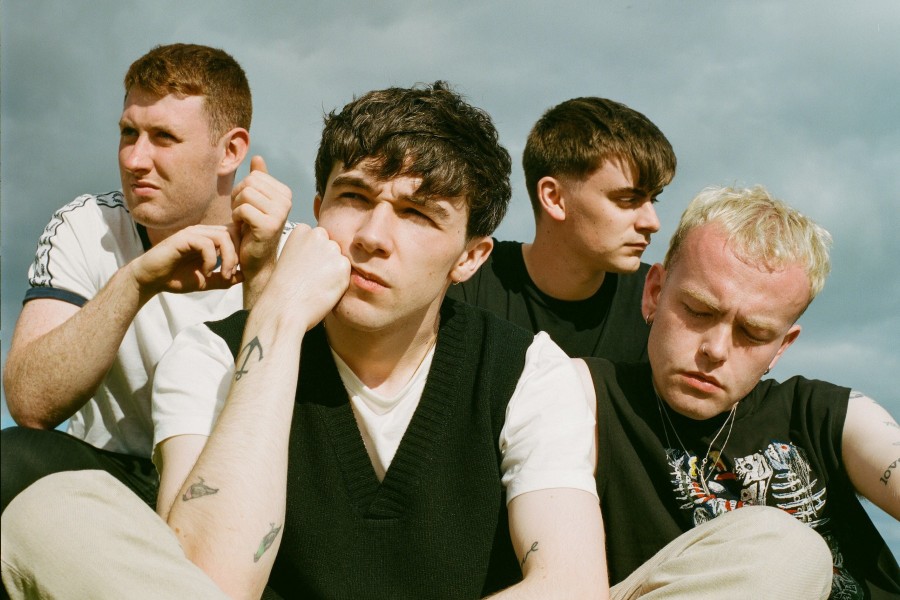 milk. are the new alt-pop band you need to know. Having launched last year, the Irish group have dropped a handful of releases and already amassed over 1 million streams, quickly garnering online attention with many citing them as ‘Ones To Watch’. The group are now back with new single ‘I Hate The Way You’re Looking At Me (Lately)’, released on 18 November.

Based in Dublin, milk. pride themselves on making music for a rapidly evolving world where the confines of genre are of little concern and pop is by no means a dirty word. ‘I Hate The Way You’re Looking A Me (Lately)’ is milk.’s bright new offering that brims with busy synth and uplifting guitar riffs forging a surge of euphoric vibrations that you can’t get enough of. Topped with dreamy, almost lulling vocals, the track entrances its listeners with every beat, making it a track to keep on repeat.

The band’s body of work can be processed in much the same way as your favourite playlists – varied, colourful, and liberating. A moving collage of electro-pop, indie and subdued RnB, milk.’s sound is unconstrained and immersed in serene beats, bright guitars and hook-filled choruses. This is feel-good indie pop at its very best. Discussing their new single, milk. said:

“Although Mark had some of the lyrics already written, the song was fleshed out the first time we were all allowed to be in a room together since the start of lockdown. We recorded it with our good friend Adam Redmond in Flaked Studios. The track details the complexity of relationships – the difficult conversations and uncomfortable truths.”

milk. have received significant support on Spotify, with the band being featured on prominent playlists New Music Friday UK, Fresh Finds, Fresh Finds: Indie, and Hot New Bands, amongst others. The band has been touted as one to watch by tastemakers including Clash, Earmilk, DORK, and Nialler9.