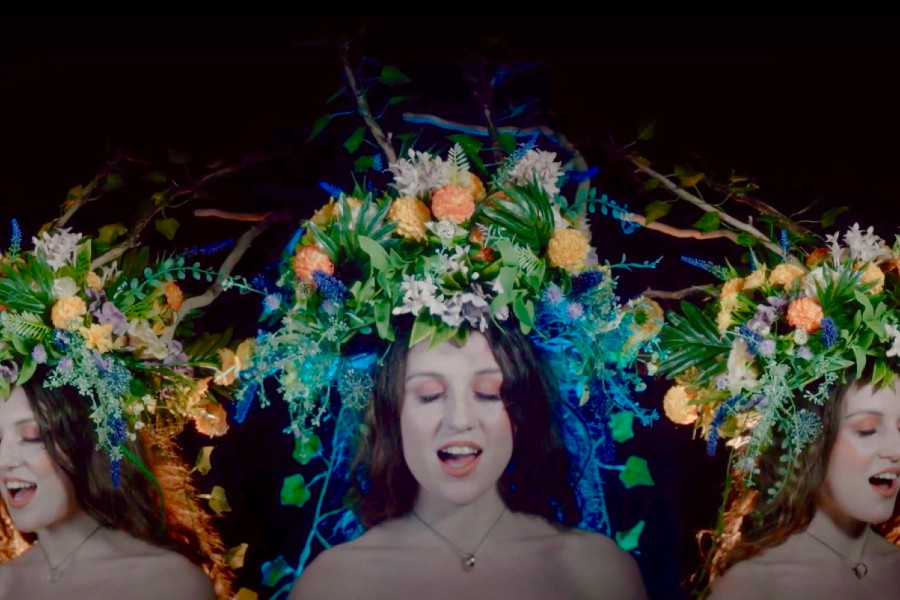 Amy Montgomery has shared her new single, ‘Anywhere’, the latest track to be taken from her forthcoming debut EP, ‘Intangible’, out on November 20th.

Uplifting, radiant and full of character, ‘Anywhere’ is an inspiring and liberating gem that emphasises the importance of believing in yourself. Serene, playful melodies waltz with one another through a hazy and dream-like setting, every instrument gracefully brushing past one another as they all orbit around Amy’s powerful and passionate vocals.

“’Anywhere’ is a song of encouragement, resilience and hope,” Amy describes. “It’s a reminder that whenever we are searching for something, it is often within us and has been the whole time. It inspires us to embellish our perspective on life with determination and imagination, only then, will the world around us grow in colour and opportunity. You can take yourself anywhere you want to go!”

‘Anywhere’ follows the release of the beautiful cover of Sharon Van Etten’s ‘Jupiter 4’ and the title track from her upcoming EP ‘Intangible’, a shimmering work of Nineties-influenced alternative rock with squalls of guitar feedback lifted by bright, fluttering synths and, like most of Montgomery’s work, a showcase of lyrical power.

Mixed by Australian producer Kyran Daniels (Greta Ray), the video for ‘Intangible’ premiered with The Music in Australia where Amy has been making a name for herself following last year’s performance at the Dashville festival, a four date Australian tour with William Crighton and a national radio playlist on JJ Australia.

The songs on her forthcoming debut EP represent an artist who won’t shy away from her feelings, but also one who doesn’t attempt to oversimplify experiences that are deeply complex, or profound. “These songs still have a lot of pain,” she says, “but they’re lighter. I actually feel like I’ve let go of a lot of things in the past year, and that’s had a big influence on my writing.”

“I want to tell people that it’s OK to feel a certain way,” she added. “You might feel happy one day, then the next day you might feel like shit, and that’s alright. We need more songwriters doing that, addressing mental health. It is getting better, but I think depression is still quite a taboo subject, especially in music.”

Amy hails from County Antrim, Northern Ireland and the first thing you notice, apart from her outlandish bohemian looks, is her raw and beautiful voice, honed from relentless busking across her native Emerald Isle.

Already a musical force of nature, performing with great intensity on both guitar and keyboards, it’s her powerful vocal that has captured attention in big ways, drawing immediate comparisons to Janis Joplin, Anna Calvi and Alanis Morrisette but with a very modern attitude. A voice with exceptional power but with an individuality all of its own.

On what seems like an unstoppable trajectory, one thing is certain, Montgomery is not going to compromise her art for anyone. Amy is a unique artist who is setting out with purpose, and a clear vision for how she wishes to present her music, something that will surely appeal to everyone.