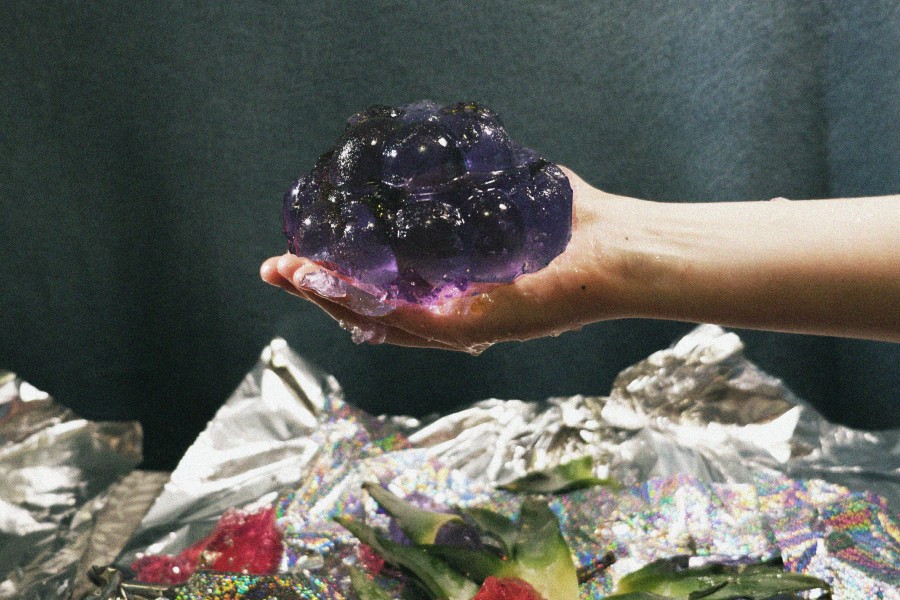 ‘Gaslight’ is the new single from Dublin grunge-rock trio, Bitch Falcon out Thursday July 16th on Small Pond Records. It premiered on BBC Radio 1 last Sunday and is the bands debut release of 2020 and their first since signing to Brighton’s Small Pond Records.

An atmospheric introduction begins to glitch before Lizzie’s raw, haunting vocals ghost over textured layers of thunderous percussion and gritty riffs. “I wanted to describe the feeling of what you see is not necessarily what you get.” Fitzpatrick declares. ‘Gaslight’ channels the band’s incredible energy to deliver a blistering statement of intent for 2020.

“’Gaslight’ is a song that came together quite fast. Barry started playing his riff and I played along messing rhythmically, just making noise. It sounded so weird and intense so quickly. I remember us all looking at each other and saying this is the one. I think this song was a change in our writing together. We knew we wanted a heavy sound with melodic intricacies.

I recorded the vocal layering at home, building up chords with my voice. When we recorded it in studio, I wasn’t able to sustain my voice for the whole section, so me and Rían (Trench) decided to record it in a wave, one note resting while the other picks up, so it sounds like a living, breathing thing.

I wanted to describe the feeling of what you see is not necessarily what you get. The holy grail of public display, and worth to others. Expressing yourself puts you in a vulnerable position, and I think a lot of people embellish the truth. In that way, an unachievable status is shoved down our throats, and we play into the game every day.” – Lead vocalist and guitarist Lizzie Fitzpatrick on ‘Gaslight’

‘Gaslight’ lays down a marker for the big year ahead for Bitch Falcon and Is available everywhere now!

Bitch Falcon; a name you won’t forget and a band who won’t let you forget them. This trio from the vibrant, much-hyped music scene of Dublin was formed by front-woman Lizzie Fitzpatrick with her friends in a small kitchen in the city in 2014. Since these freshman days, the lineup has galvanised around the rhythm section of Barry O’Sullivan on Bass and Nigel Kenny on Drums. In their home country, they are mainstays of the festival circuit but to date they have performed several headline and support tours around the UK along with frequent visits to the Benelux countries and North America. From the early days of their first single, ‘Wolfstooth’ to their most recent release ‘Damp Breath’, an evolution in sound can be heard as the group perfect and refine their raw, fuzz-laced offerings over six singles and one EP. In these tunes you’ll hear the influences of St Vincent, My Bloody Valentine, Cocteau Twins, Bjork and on the other end of the frequency spectrum Deftones, Killing Joke and The Pixies.

There is nothing conventional about Bitch Falcon and rather than replicate the music they love, they have managed to effortlessly create something that is truly their own from these diverse influences. Their recorded history however, is only a small part of their story. The band quickly developed a buzz in Dublin, selling out their own gigs without having released any recorded music. Their live show must be seen to get a true appreciation for what this band can do. From the high pitched wails and infinite feedback of Lizzie’s guitar and soaring vocals from the front to the back, to the interplay between the glass-shattering bass and thunderous drums, there is very little of the stage left untouched and still bolted down once they are finished.

As a result of their live reputation, the band has been asked to play with some familiar names such as Girl Band, Fontaines DC, Le Butcherettes, The ZZZ’s,Torche, Black Peaks, Fucked Up and Pussy Riot.