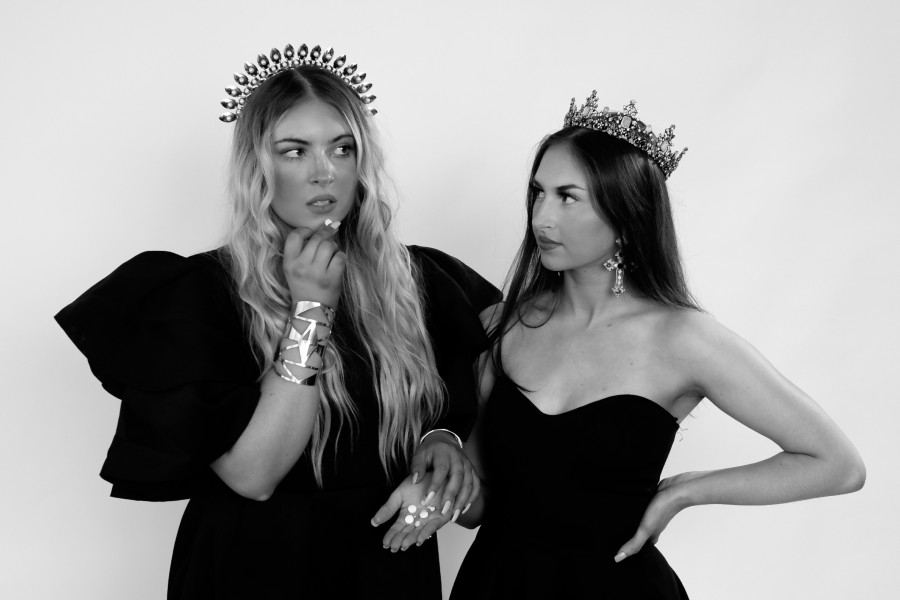 Cork song writing sisters, Sophie and Laura aka KUDOS, launch their acoustic pop single ‘Molly’, a cautionary tale about being in love with someone who is struggling with addiction, and accompanying video* on Friday March 12th.

This is a haunting track with acoustic guitar, piano and vocal harmonies. Catchy chorus and vocal riffs.

From a musical family, KUDOS took their name from a mid 90’s review of their parent’s band by celebrated author Kevin Barry in Hot Press magazine.

In 2020 KUDOS had a Number 4 in the Official Irish Chart with their EP ‘Birthdays & Valentines’ which also incorporated a week-long tour.

In 2020, their debut album ‘Perfect’, which was recorded on the remote island of St Helena in the South Atlantic, reached number 8 in the Official Irish Charts in February. Sophie and Laura lived on St Helena for four years between, 2014-2018.

KUDOS have supported Hudson Taylor, Mundy and Mickey Joe Harte as well as playing Vantastival and the Waterford Summer in the City Festival. They were particularly excited to be special guests for Tom Baxter on his 2019 Tour of Ireland playing in such venues as the Cork Opera House, Dolan’s in Limerick, The Sugar Club and The Belfast Empire.

The girls are no strangers to live performance having played in France, the UK, South Africa, America and St Helena as well as performing live on radio the length and breadth of Ireland.

Known for their melodic song writing and exceptional harmonies they won the Wesley College national duet singing contest prior to moving to St Helena for four years, whilst Sophie has also studied at the world renowned Berklee College Summer Program in Valencia.