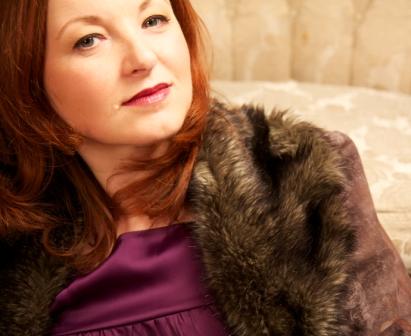 Based in New Mexico, Irish singer/songwriter Liz Madden has had a busy time since the dissolution of Irish duo RUA. Liz has just completed her new Christmas album Clouds of Christmas which is due out this coming November. This ambient album was produced and arranged by Liz and Chicago based Roland Labana of Bloombox Studios.

Never one to sit idle, Liz has an impressive discography of ten albums to her credit. Five solo albums, three albums with Rua, one album with World Music group Shishonnah and most recently she recorded a jazz album Sunset Songs with world renowned jazz guitarist Nigel Clark (Hue & Cry, Koshko) due for release shortly.

Liz has a long standing relationship and publishing deal with Gulliver Music Publishing. Her voice and compositions have been used for commercials by global giants FUJI, OKSUSU TEA and used in Film & TV and on compilations worldwide. Her songwriting collaborations are worldwide including new songs for German recording artist Sabine Oh, along with French composer JMZ (Bjork), USA based Fionán de Barra (Clannad, Moya Brennan), UK Composers Richard Cottle (Seal, Opera Babes, Eric Clapton) and James Garydon (Emma Bunton, Westlife). Plans are underway for the release of her albums in Australia and New Zealand and she will be a featured artist again on the world famous The Absolute Sound compilation album series in Asia. This is the 3rd time as a solo artist that Liz has been chosen for this compilation.

Liz is currently working on three new recording projects. Along with writing songs for other artists and preparing for US performances, 2014 looks like it’s going to be another busy year for Liz.