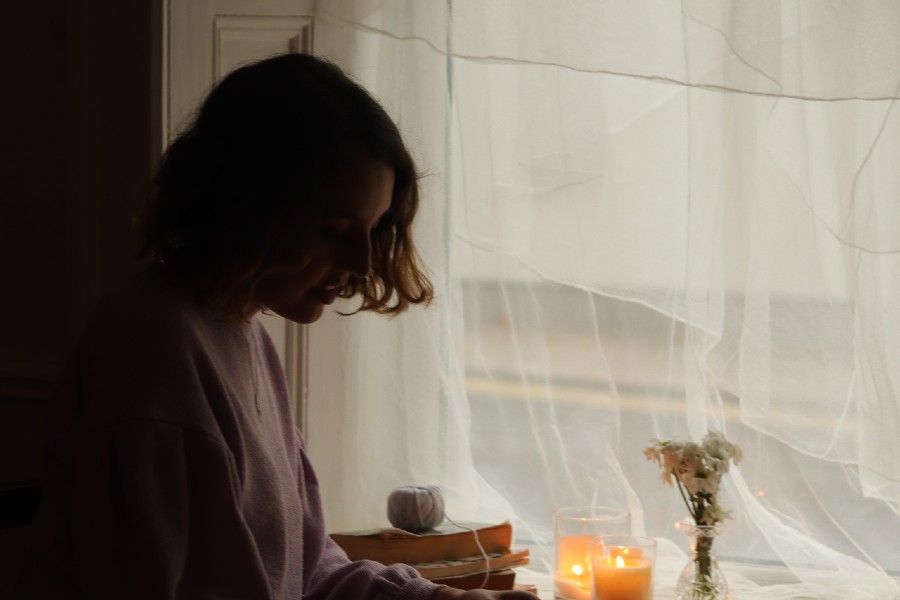 Moylan is back with her new single, ‘Winter’. What better way to begin a conversation, than talking about the weather. Moylan greets us gently in a space so familiar and comforting that we instantly feel at ease. Although we hear a solitary voice and guitar, there is a sense that she is not alone, which is confirmed with the refrain: “The distance has me thrown but I know I’m not alone.” Throughout the track, Moylan’s warm backing vocals creep over us like a liquid blanket ensuring our whole being is kept safe and warm. This delicately crafted track builds in momentum as the harmonious strings dance around the stripped back percussion, guitar and piano, all the while allowing Moylan’s distinct vocals and lyrics to remain the focal point. This song is a hand written letter exploring what it means to be home-sick, and how bitter-sweet it is to love.

Moylan is a singer songwriter from Waterford, Ireland. Her most recent single ‘It’s Alright’ was released in March 2020 and attracted attention from the likes for TLMT, Nialler 9, Entertainment RTÉ, N-eight, Mnásome and Covert Music Club. It was also featured on many playlists such as The Irish Beat, Indie Arena Music and Fluttertone. In June 2019, she released her Debut EP- ‘For The Birds’. Moylan’s debut EP is a work of strength and variety. It attracted attention has also received great support and air play from radio stations such as WLR FM, Spin FM, RTÉ Pulse, Strabane Radio and KCLR FM, where she was the feature musician in June 2019. In November 2018, Moylan performed on RTÉ Radio1 with Miriam O’ Callaghan. She was a semi-finalist in the Voice of Ireland 2016.

In September 2019, Moylan moved to Germany and since then she has played Sofar Sounds Weimar, Sofar Sounds Nuremberg and a number of intimate gigs around Berlin. Her Christmas Tour 2019 in Ireland was a great success which included venues in Waterford, Limerick, Galway and Dublin. Now, with the uncertainty surrounding the future of the music industry, Moylan is using her time to work on recording and music production. You can expect to see some new releases in the not so distant future.

‘Winter’ was produced and mixed by Lucas Laufen in The Famous Gold Watch Studio, Belin. Drums by Gidon Carmel, viola by Tseroeja Can den Bos, violin by Fabiana Striffler and cello by Ana Luisa Pereira. Vocals, guitar, piano and arrangement by Moylan. The string section was co-composed by Moylan and John Buckley. This track was mastered by Chris Chetland of KOG mastering.