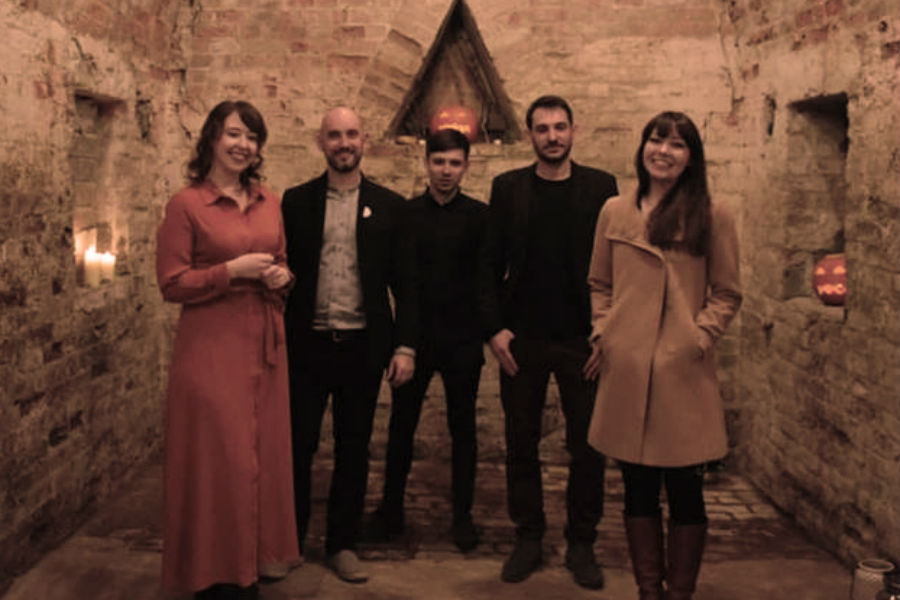 ‘Screaming Red’ is the third single by Kildare ‘Dark Pop’ band October Fires and the second single off their debut EP ‘Everybody Knows’. Since forming in late 2017 and releasing their first single in June 2018, the band have been likened to a Radiohead meets Tori Amos by Hot Press Magazine, a blend of Sneaker Pimps and Portishead by REMY, Lisa Hannigan-esque by Nialler 9, and other great reviews from The Last Mixed Tape and Barry Gruff to name a few. They featured in Hot Press both online and in the Autumn Magazine edition.

They’ve been interviewed and performed on RTE 1’s ‘The Arena Show’ with John Rocks and by award winning DJ, Roddy Cleere on KCLR FM in mid November. They played a number of gigs last year, sharing the bill with artists including Gavin Glass, Sibéal, Delush, Ross Breen, The Bonnymen and Ger Cunningham, together with a few solo performances as well.

Their style is difficult to pin down but the band describe their music as haunting, harmonic, dark pop. They take influences from choral music, classical, pop, soul, funk, folk, rock and fuse them together to create their unique sound.

The band’s name was inspired by the smoky scent in the air walking home from practice one autumn night. October has a unique vibe, with its perfect blend of beauty and eeriness, a trademark of the band’s sound and their music is continually inspired by this balance.

Carol and Lisa met in 2002 studying music in Maynooth University. They’ve been inseparable ever since after finding an innate ability to harmonise together, even being able to predict what the other is about to do! This bond has become the central feature of the band.

October Fires entered into the new found home of Orphan Recording Studio this summer, in the beautiful surroundings of Hell Fire Studios, overlooking the flickering Dublin City skyline, to record the bands’ debut EP entitled ‘Everybody Knows’. This record is a snapshot of the different tones and moods of the band, from the ominous opening track ‘Screaming Red’ to the mellower, intimate ‘Creeping In’, from the tongue-in-cheek grooves of ‘Digging Holes’ to the more tribal, ritualistic Pray II. Recorded, mixed and produced by Gavin Glass, this debut EP is set to place October Fires in a unique sonic space.