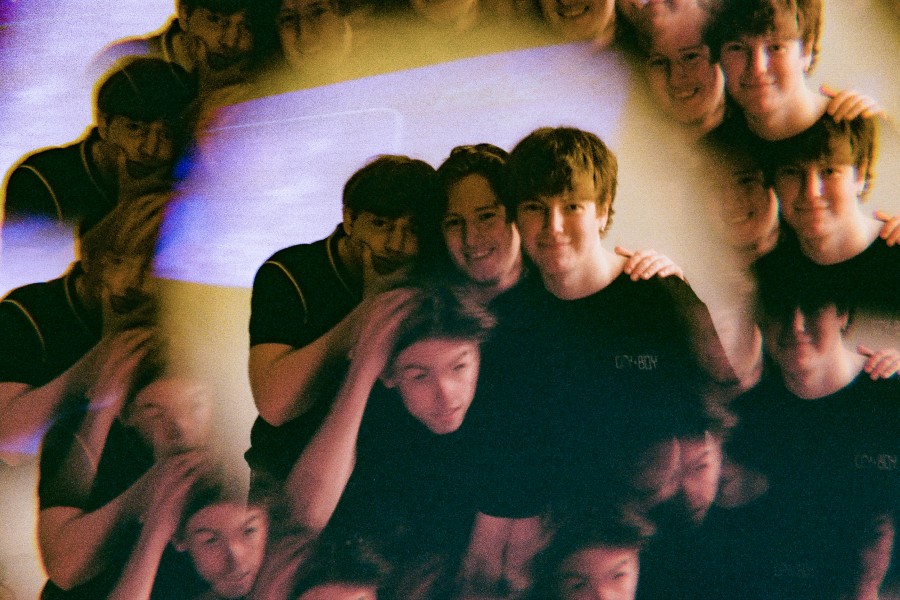 Post-Party are set to release their brand new single ‘Wasting Time’ on 2 April 2021. Proving themselves as one of the Irish acts to watch in 2021, recent single ‘Being Honest’ was placed number one on Vevo’s Incoming Indie playlist, alongside being featured on Spotify’s New Music Friday, Breath of Fresh Eire and Hottest New Bands playlists.

Recorded in Dublin’s famous Windmill Lane Studios, ‘Wasting Time’ sees Post-Party explore the fact that not everything is forever, not all relationships have to last and that’s OK. This song celebrates those short lived connections that we make. Fast paced and energetic, this is a song for people who like the pacey guitar lines of The Strokes, the synths of The Killers and the vocal melodies of Blossoms and The Vaccines. The third single also sees the band release their first ever limited edition merchandise run.

Speaking about the single Keelan O’Reilly of Post-Party says: “We are really excited to release ‘Wasting Time’ and we feel it’s the type of high energy tune that everyone needs right now. The song is about embracing the fleeting moments that life is made up of. It all came together really naturally and we knew after playing it live and the amazing reaction we got from the audience that it was one to be proud of.”

Since forming the band, they have played venues such as the Roisin Dubh in Galway, sold out headline Dublin shows, toured Ireland, performed at Electric Picnic and Independence, supported the likes of Miles Kane and The Sherlocks, as well as playing their own headline show at London’s Islington.

Drawing from episodes of their formative years, Post-Party imbue their guitar pop with a honed youthful energy of catchy hooks and bouncy lyrics. The band have set the bar high for what is to come from the quartet in 2021. After spending the course of 2020 writing new material, the band are set to release much awaited new music in the months to come.

Forming in late 2018 in Dublin, Post-Party have built up a reputation for their live performances playing in various well-known venues across Ireland and the UK. Bonding over a mutual passion for music and film, the band aspire to create something reflective of their own experiences of growing up. Their influences consist of The Vaccines and Phoenix and they aim to bring fun, jangly guitar pop to the masses with their energetic live performances.

‘Wasting Time’ the brand new single from Post-Party is out on 02 April 2021 across all digital platforms.