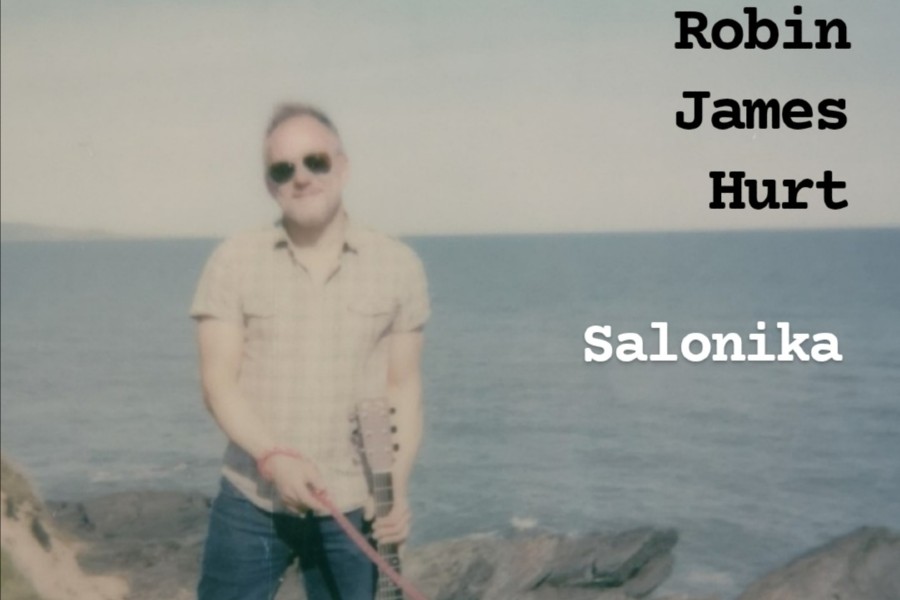 “Not many folk songs are based on two Cork housewives having a slanging match over the garden fence. That, the wicked sense of humour in the words, and the insistent chorus chant, made it stand out as a truly great and underestimated Irish song. I was drawn to try and sing it after hearing the legendary Jimmy Crowley version. It’s a song with parallels today as it echoes social division and the power of ‘fake news’. Its also a belter!” Robin James Hurt

When the world went into lockdown in spring 2020, Irish/Scotish folk singer and guitarist Robin James Hurt saw his livelihood disappear overnight. So, he retreated to his small house by the sea in County Wexford, got a dog named Dougal, slowed down his life and started performing livestream sessions on Facebook and YouTube every Sunday night from his living room. Along with regular Robin James Hurt fans, these Live from Kilmichael sessions quickly grew a whole new following, with viewers tuning in regularly from as far as Patagonia, Afghanistan and even Kilmuckridge. He even managed to perform from home for a wedding in Malibu, livestreaming on a large screen at the California location, where he received an enthusiastic reception.

Old fans and new watchers suggested songs for Robin to learn and he also wrote several new original instrumental compositions, one of which, ‘Croghan To The Sea’, was directly inspired by the stunningly beautiful countryside around his home. Requests were made for an album which would capture the mood of the live sessions, and so Liam Mulvaney, recorder and producer of much of Robin’s solo output, came to Kilmichael for a weekend with microphones at the ready. The album was recorded live with minimal edits and tweaks and Dougal pitched in with backing vocals on selected tracks.

Robin James Hurt was born in Belfast and reared in Scotland. He formed his first serious band aged 18 with Irish singer songwriter Martin Furey, which led to him forsaking Edinburgh for Dublin where he settled and made a name for himself as a lead guitarist. After 23 years in Dublin he moved to County Wexford where he found home. Robin has played with many Irish artists including household names such as Ronnie Drew, Sinead O’Connor and Finbar Furey. Other artists he’s played with include Camille O’Sullivan, Garrett Wall and bands such as The West Seventies and Gael Slí. Robin reckons his career highlight is playing Glastonbury, not once but twice. “I went there as a 17-year-old music fan and said to myself I’m not coming back till I play here…which I did ten years later..”

Robin’s debut solo EP, ‘The Spiders Legs’, was recorded in a rundown farmhouse outside Dublin and released 2007, followed by debut full solo studio album, ‘The Tallyman’s Lament’ in 2008. He followed that up with two EPS, The Market House (2011) and Ballads & Stramashes (2014), recorded with The Band of Moonlight Love. Then in 2017 came ‘The Magpie’s Nest’, a collection of traditional tunes and songs recorded with the Dublin concertina player Ailbhe Nolan. This was selected by the Irish Traditional Music Archive as a prime example of contemporary Irish traditional music and it also received radio play across Ireland.

The album ‘Live from Kilmichael’ was released in November 2020, on download / streaming and CD. Robin James Hurt will continue to perform regular livestream sessions from his living room, with Valentine his Martin D-28 acoustic guitar, and Dougal the dog by his side.